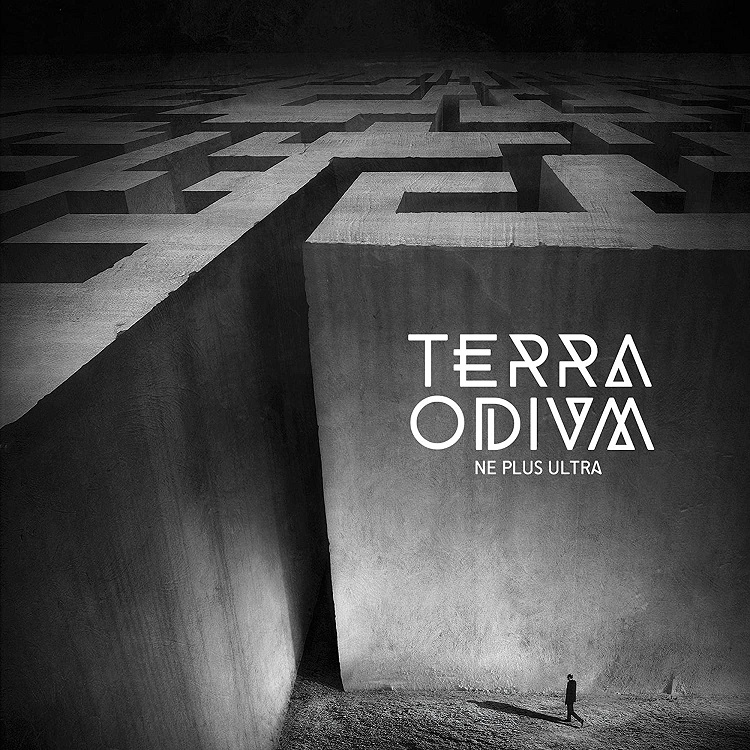 Our guitarist, Bollie, re-wrote a verse from a previously unreleased Manitou song and it turned into „Crawling“. The way he and I work in the studio is that we improvise until we have a whole song. If I remember correct, I think we did my vocals in one evening. Kjetil Nordhus from Green Carnation and Tristania contributes on backing vocals here. This was the first song Steve recorded when he was here. He had just gotten his Ibanez bass and that’s what he used. He learned the song and recorded it in no time, and there’s a playthrough video from this session on YouTube. After the break – before the solos, both Bollie and I play different melody lines, inspired by how Marty Friedman and Jason Becker used to do in Cacophony. Bollie plays arpeggios, I play the melody line. I dubbed my guitar with vocals to make it more majestic. I play the first solo after that, Bollie the second. The brass intro is a sample from Phipps’ orchestration in the chorus. I think this song showcases Bollie’s unique style of riffing and is a good representation of Terra Odium.

THE ROAD NOT TAKEN

The lyrics for „The Road Not Taken“ is a poem by Robert Frost. The orchestration in the break before the first verse is Phipps mirroring Steve’s bassline in the intro riff. There is an expansive guitar part with solos and double solos. Again, we were inspired by Cacophony and we split the melodies between us. Bollie plays the arpeggios, I the melody before the solos. Bollie has the first solo, then there’s another double solo with Bollie playing arpeggios and I the melody. I have the last solo. The final part of the song is heavy, majestic and is supposed to interpret the status of the character in the poem as he reflects on, and absorb his life and actions.

The text on „Winter“ is a poem by Anne Hunter, and has calm, gloomy verses that eventually turn into chaos. We use a lot of brass in the opening orchestration to add drama to the music. Strings and violins here could soften up the song, we wanted a more dramatic, cold atmosphere, like in an exciting movie, so we focused on brass. A lot of the vocals here are first take and improvised. Bollie had some really cool suggestions for me here when we improvised the vocals. I embraced these ideas and I think it turned out different and dramatic. Steve’s bass solo is first take and improvised on the spot. Bollie has the first solo, I have the last. „Winter“ is also one of my favourite songs, because it shows how our music can take you on a journey from a calm, gloomy atmosphere into spiralling chaos.

This song was originally written for Manitou and we played it live a few times before the band disbanded again. It is the first song Bollie and I wrote together. There’s a demo version of this song recorded by Manitou. When Phipps composed the orchestration, he let the first part of the song be just drums, guitar, bass and vocals, like in Manitou. It takes a few minutes before he introduces the orchestration. Bollie did the solo on this one. I wrote the lyrics for this song as well as for „Crawling“. The lyrics are written in a way that the listener needs to interpret them as they are written with double meaning. I like to withhold my personal intention or meaning with the lyrics, so that I potentially don’t spoil how the listener perceives it. It’s like a movie version of a book. You have imagined how the characters and the scenery look, but when you see the film, it’s not like that at all and you leave disappointed. I want the listeners to keep their own visions.

„The Thorn“ is a poem by William Wordsworth. Bollie sent me the intro and first verse and I immediately drove over to his studio and we recorded half the song. It was originally called „Disappearances“ and was based on a poem by Paul Auster. The song was all finished, but I didn’t succeed in getting the rights to use his poem, so I had to redo all the vocals. Lyrically „The Thorn“ is just a part of a very long poem – and although the song is almost 12 minutes long, the whole poem didn’t fit. Therefore, we thought of adding „Part 1“ to the title, but dropped it in the end. Kjetil Nordhus gives me a helping hand/voice on the choruses. The vocals hails inspiration from a lot of different music genres on this song. With such a long song, there’s plenty of room to experiment extensively. Bollie has all the solos.

IT WAS NOT DEATH

The lyrics for „It Was Not Death“ comes from a poem by Emily Dickinson. We realized that the album needed some air, dynamic and space, so Bollie came up with this. We didn’t want a ballad-ish piece, but rather a cold, dark and haunting song, inspired by early Queensrÿche, Crimson Glory and King Diamond. Emily Dickinson’s fantastic words fit perfectly for the mood here. Phipps orchestration adds extra gloom and Asgeir pounds on every drum he has in the longest drum fill on the album. It really differs from the other songs – on both the technical and arrangement side – but it’s still unmistakably a Terra Odium song. The ice cold, mystic aura is ever present and it’s one of my favourite songs on the album.

„The Clouded Morning“ is a poem by Jones Very. It is our first single/video, and the last song on the album. The video version is edited and shortened by a couple of minutes. On every song the orchestration is meant to add atmosphere and not sound like a typical synth. It’s written kind of like a movie score, but on a part in this song, Phipps plays some hammond organ solo to add different colours to the music. Kjetil Nordhus once again helps with his deep operatic voice. Bollie plays the first solo, I have the last. Also, here we were inspired by Becker/Friedman before – and after our solos. Bollie plays the arpeggios and I the melody. We wanted a huge outro with a memorable melody, kind of like “Stargazer” by Rainbow, so we went for it.