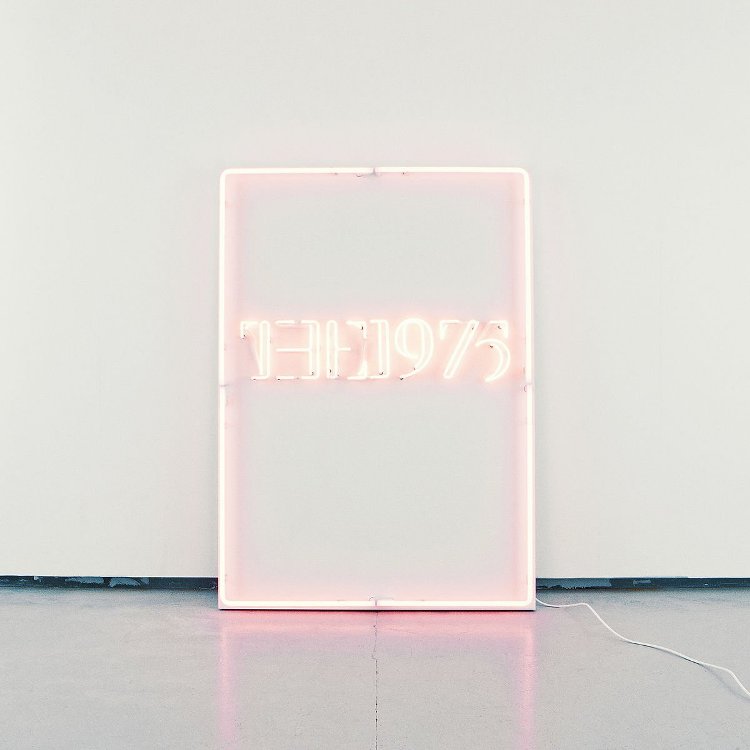 Kürzlich erschien die zweite THE 1975-Platte I like it when you sleep, for you are so beautiful yet so unaware of it. Exklusiv für Popmonitor hat Sänger MATT HEALY acht der neuen Tracks herausgepickt, kommentiert und ein paar einleitende Worte gefunden…

If you compare this record with the last one, there are obvious differences. Musically, we are flirting with a lot more ideas. The biggest change for me is the way I was writing. On the first record I was very hopeful, naive and I was always talking about the desire to better my life. This time we were playing with acceptance and wisdom. That’s just part of getting older. The 1975 is pretty much a whole world for me. I started expanding on this world and to understand what The 1975 was, so that’s why this record is very self-aware. It knows it’s a record.

I wanted this record to be very The 1975 – having all these kind of references and also being self-referential. The first song on this album is saying “it’s also the first song on the first album”. I wanted it to be the first thing you hear to get the idea of it being an evolution. We took the old version, stripped it back and re-worked it. Then we had a gospel choir who we also used on “If I Believe You” and “This Must Be My Dream”. It came up very quickly.

That’s one of the only songs that actually came from us playing live. We were bored during soundchecks. I remember I played this riff and we all really liked it. At the time we were playing we were really obsessed with the idea of being big rock stars and also aware of being rock stars. We were asking ourselves how to deal with it. “Love Me” came out of that. Confidence meets insecurity!

That one came very quickly. It was originally a very slow R&B song, but it didn’t quite fit the album. Then I wrote that bass line and from there it just kind of sped up. I re-wrote all of the lyrics and at that point we really enjoyed being in the studio. It’s about the culture of cocaine and about what people are like – that kind of self-awareness and the lack of self-awareness if you use cocaine.

A CHANGE OF HEART

On certain days my mind changes about what my favourite song is, but “Change of Heart” probably is my favourite song. For me it feels like a song that wrote itself. This sounds pretentious, but I didn’t really feel the writing process – it just kind of materialised. We just let it loop: the bass line and the drum pattern. I just sang over it. I like the fact that there’s a one minute solo in the middle of the song. There’s a lot of drama in it.

I think that song is fun. It’s a tribute to those kinds of songs. I don’t mind that pop music is about fun. The only problem I have with pop music is when it’s not about anything. There’re not enough really good pop bands saying anything – only too many self-aware indie bands that are too scared about being cool. In this case the song itself is about not being about anything. That’s what great pop music is about: It’s about fun done well. The song  tells you a strory about the relationship between a young British boy in a band in America and a young American girl.

That’s the first track I ever wrote as The 1975. It was just a song that I recorded in my bedroom in 2010. We recorded it again for this album with strings all over it.

THE BALLAD OF ME AND MY BRAIN

That song is just about me looking through my brain. I think it’s about the idea of losing your mind, literally. There’re so many references in it: bands like The Replacements. And there’s so much immediacy in its vocals. I like that one.

I LIKE IT WHEN YOU SLEEP, FOR YOU ARE SO BEAUTIFUL YET SO UNAWARE OF IT

We were making the record and I said at one point: This is what we gonna call the album! Not because it’s the best lyric and not because it matches the album. It’s just because we made a decision and if we make a decision like that, it means that we can do whatever the fuck we want. You can make whatever kind of record. It’s almost ridiculous, but it’s a way of getting rid of the pressure.