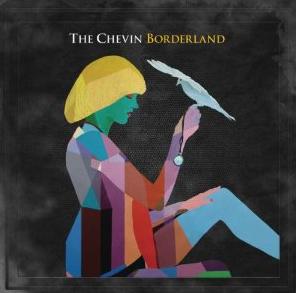 It is the first single to be released and the first song written out of a batch of about 40 for the record. It has synthesizers, rock and the outro was actually written first so it became almost an integral part of the song as it was the inspiration behind the rest of the song. So the song has a normal structure and then goes into quite an orchestral end section – it’s fun to play, sounds even bigger live and it’s good to sing. That’s the most therapeutic to sing because I can really belt that one. (Coyle)

This was another single in the UK and probably the closest to Champion in style on the album. (Coyle)

It’s the one we always finish our live show with. (Jon)

And we drag out the ending live so it is very much a sing along type. It’s similar to Champion in style and structure, it has a very big ending again and is quite orchestral. I am a big fan of opera, so maybe that’s the one that has the most operatic vocals. It’s one that evolved quite a lot in the studio from where it was in the demo I think. (Coyle)

The most Americana song on the record and the one that maybe has the most desert in it. It’s a love song and I guess it would be about how somebody gets you through certain times. How love wins through adversity. Always good to play live and it gets the crowd going. It’s always nice to change the set up a little bit in terms of sound as it is the most Americana and has an acoustic, kind of country rail road type rhythm to it. This may be one of my favourite songs on the record. (Coyle)

That’s the one where the 1950s Taylor acoustics get to really shine. (Jon)

This has a theme of escape and it’s about hidden things, with the lyrics again being inspired by the mountains and the desert. It’s similar to Drive in that it has a very large outro and it takes a turn in the middle of the song like Drive that you wouldn’t expect. (Coyle)

That was actually one that we worked and re-worked the most. In the rehearsal we came up with the drum beat and that was sort of the foundation that we then built the song around. (Jon)

Yeah, I think this version of Dirty Little Secret is like version 20 or something. The original demo that I did around the moment of inspiration sounds absolutely nothing like the track on the record as both the lyrics and chorus changed. (Coyle)

Love Is Just A Game

This is a slow song, but not a usual ballad. It actually mentions Berlin in that one. Similarly to Dirty Little Secret the lyrics talk about running away, but this time to Berlin. I always saw Berlin as a romantic place, I’ve always had a very romantic view of the city. So it is a straight-up love song about love failing and then love winning in the end. (Coyle)

It was written in the studio but we didn’t have any time to finish it and so we recorded it at a later date in L.A. at the producer’s studio. It was inspired directly by the environment that we were in – I guess it is a love song to the desert in a way and to the experience of the album, so it made sense for it to be called Borderland. (Coyle)

Is a song that took about 5 minutes to write. It was one of those weird moments where I was just sat at the piano, played the song all the way through and the lyrics came at the same time and then I stopped and thought, “What song is that?” I couldn’t figure out whether I had played someone else’s song or if I had written it, so I spent an hour on Google trying to find it and then figured out it was mine! It’s a love song to Planet Earth. It’s about earth and life. I guess it’s my Wonderful World. Probably the most Beatles sounding, particularly through the drums and the bass. On certain days that’s my favourite song. I think from Beautiful World onwards if you had only heard Champion and Drive I don’t think you would expect the last three or four songs on the album. (Coyle)

I don’t really know how to describe Gospel. It was again one of the early ones – I think you and me wrote that one together – two bottles of red wine and a song, that’s what we got out of that one! (Laughs) It is a song written for Otley, like a love song to Otley, which is the town that we grew up in. And it’s a song about being far away from home but never losing the place where you come from, it’s always with you wherever you go. It’s again a very big orchestral sounding song and it definitely ended up sounding more Americana. (Coyle)

It has this kind of 60s dance-drum beat. We usually play that one second to try and get people moving. (Jon)

Yeah it’s a good dance one, sort of relentless electronic dance and it is the most disco-esque song. There’s a crazy guitar line running through the chorus that sounds like a synthesizer but it’s actually a guitar, although it’s so hard to tame live so we have put it onto a keyboard. So it’s a guitar, that’s sounds like a keyboard, that’s played on a keyboard, live. (Laughs) (Coyle)

If you listen to Gospel and So Long Summer you can hear thunder as there were thunder storms when I was singing on both of those tracks. With each track we wanted to capture the energy so that they are all as live as possible. I am the sort of person who likes to sing everything all in one go as opposed to in bits. So ironically, in So Long Summer, you hear thunder claps and rain and I guess it is the song that maybe sums up the themes on the album the most. It’s a song about losing someone and although the lyrics are sort of sad I think it also sounds uplifting and takes off in the end to leave you feeling hopeful. On another day that’s my favourite song on the album, when I am hating the world, but feeling hopeful. (Laughs) (Coyle)

We wanted to keep all the nooks and crannies of the studio on the record, so you can hear people moving on the seats and stuff before we start playing. Actually the drums, bass and guitar – because of the time constraints – were all recorded live. Some of the solos were overdubbed but mainly we were all live in the studio and Coyle sang along with us. We didn’t want it to sound like a perfect record. (Jon)