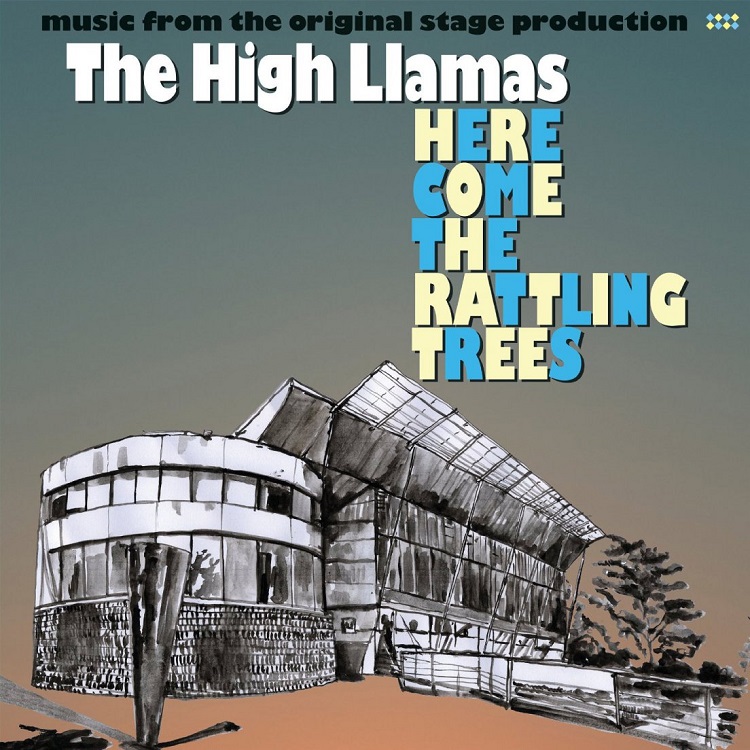 PRELUDE – A DAY IN THE SQUARE

As the record is a musical narrative, I thought it funny and appropriate to follow a tradition and have a collection of musical themes from the record as a harmonic sequence. It was a challenge to link these disparate pieces, I had to find harmonic and time links. Tricky but fun.

In the live performance, this little repeated motif reoccurs as a new character takes the stage. It informs the audience that a new story is a foot. It’s my love nylon string guitar, playing an idea that had no home and could not be a song. So it served us well as a reminder.

I started on the piano and it was determined not to follow the water. In other words, try to shift the chords inane attempt to keep you interested and alert. That’s until the chorus, where the flow returns. I wanted a gentle bubble and voices, almost like Soft Machine or Robert Wyatt. The story is of Amy’s language school day dreaming and knowing that her part time temp job status is becoming a drag.

As with Amy, but slightly different. We have to make some changes! This really annoyed some critics. They could not understand why there were songs clocking in ST 35 seconds. And no drums. What is this? We want passion.

This is the underscore to accompany the runners story. He’s up next. I loved writing this as I love happy pathos. It should have had strings, but I could not afford it, so the gentle organ took the role.

The first song written for HCTRT. It’s my story of getting lost in Australia. But it’s told by the slightly smug runner who uses the leisure centre to work out in. He needs to tell Amy his story. I was pitching for Jorge Ben here. Lots of tape delay.

Here I am well into my desire to bring the qualities of Edwin Astley in to play, and perhaps Basil Kirchin. I love melodic games and twists, in film and on the stage.

Mona is a disappointed middle class mum who believes life is passing her by. She is passing through Peckham Square and encounters Amy. I wanted a slow pathos, but the end repeats of Slow Down Mona was actually a nod towards The Impressions, their really early 60’s stuff, or even The Main Ingredient, a Gospel pop soul band, mid 60’s again.

That’s what the leaflet read. We better believe it.

The decorator is telling his odd anarchic tale, and we the band hold an anchored disciplined thud on an unresolved musical moment until…

Some one described this as stutter stomp or something like that. It was an online review where the writer wanted to flex their sniffy rile against our values. No anger. We annoyed him / her with a jaunty story of youths nicely out of control. I wanted the bass to slip and slide in fog of tape delay.

PLUMBER RECALLS – CALL ME TO THE COMMON

So this is a client making a call to a plumber, and the client lives on Wimbledon common. That could be confusing and non- translatable?

A short piece with in which I attempted to capture the small screen ambition of 60’s TV writer Edwin Astley.

Our friends from Wimbledon Common love this small spot in Italy. The plumber, however tires of their smugness. They seem unaware of their privilege. The song is simple and empty. The vocal is almost the sound of a man giving up. Like a chap playing guitar and singing in the corner of a club knowing that no one is listening. Yikes!

Now you might not believe this, but I am a big soul fan. I loved influence soul and R&B had on 60’s cinema. Curtis and Superfly, Isaac Hayes, The Main Ingredient. That repeated light funk guitar, vibes and hi hats holding time. That was in my head through out this underscore. It’s all getting a bit cheerier now.

Very cheery. The song is pop and stumbles around in odd time. But we have a chorus about Yellow T-shirts. Very relevant as this is the cafe manager Jackie telling the Peckham story as it was. She was there in the 60’s, a soul girl, maybe she liked a bit of Bacharach. She has seen nations come and go, settle and assimilate, and she judges no one. Jackie is a London name. Jackie was a London girl, London mum, then a London grannie. I knew Jackie.