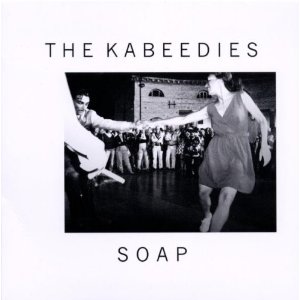 A song about the fear of getting older. „Drowning doll“ is a painting by my father about me drowning and nearly dying when i was a 2. That was the inspiration. The song itself is about me sinking into a bizarre kind of depression and a number of things getting me out. I also reflect on my childhood as a very hyper boy that was distracted easily and how that is still prominent and has different effect now. That is why the song is played in quite a hyperactive way. (Evan)

Come Out of the Blue

This song is the most dear and close to me. It is about my sisters baby saving her life. She was a heroin addict and I talk about me my mum and my dad’s (hence 48-mum 65-dad 19-me 21-my sister) efforts to help her and that in the end this tiny little cell saves her. His name is Louis Trevor Jones so his name will read L.T Jones as in Lieutenant Jones. He came along and save my sister. Yes he was an accident but in the end he was the most welcome accident ever to happen. It’s his first birthday in a couple of months. I’m going to get him a harp. (Evan)

Eyes is a song about absolute boredom. The lyrics don’t really go too far into exploring a situation, it’s just a simple narrative following people going about their daily commute. On a train. Whenever I sit on a train I am fascinated by the people I see around me and where they are going and why. I assume, fairly cynically, most of them are on their way to a really, awful, boring job. A 9 to 5 office job is something that has never appealed to me and I’ve never fully understood. I’d quite like someone to explain it to me actually! Musically it’s straight up, no holds-barred pop. 90’s filtered intro thrown in for good measure. The last few bars always remind me of that classic unresolved Smiths ending to songs. The Smiths being a band that always had a huge impact on me, especially as a kid. We toned down the saxophone solo a bit in the middle as it was edging a little too close to the wrong side of the 80’s, Chris De Burgh mainly. (Rory)

The Boy With The Bad Mouth

Another cynical one! Oh dear, I need to be nicer really. Have you ever walked down the worst street in your town for clubs, bars and absolutely horrible people and just thought, ‚you are all awful‘? A stampede of drunk, violent perverts fresh out of work and ready for a weekend of night club groping. There’s a lot of those people in our City. A lot. ‚Fingers in the bowling ball of family shame‘ is a line about that classic stereotype of ‚broken home‘ and bad parenting. A reason that is always given to excuse people who are morons. Love for his Queen‘ in the chorus focuses on the ‚boy‘ being patriotic, to the point of living only for England, English food, English pubs and English music. A bit afraid of the rest of the world. So we put a French accordion in! And a chorus with a really strong African feel. That was one of the main driving points of this second album, Afro-beat, Afro-funk, Afro-Jazz influences. Ebo Taylor, Orchestre Poly Rythmo de Cotonou, Prince Nico Mbarga… (Rory)

This is most definitely a song about death. The inspiration for writing it came from reading The Master and Margarita by Mikhail Bulgakov. A lot of the themes in the book centre around death, rebirth, surrealism, satire… It really got my brain working! The lyrics in the second verse ‚both the Master and lover are sewn…‘ and ‚black cat’s luck‘ are about central characters from the story. Musically, at the time, it was a bit of departure for us. Louder and heavier at points but with a ballad feel throughout. Again it’s a song on the album that we really wanted to be string based with orchestral parts through the chorus. Sombre but with a fairly positive message! (Rory)

In the late 16th century, a Countess called Elizabeth Bathory allegedly killed and tortured 650 young girls in Slovakia. Not very nice. Fab and I had a fascination with Vlad the Impaler and this led on to investigating more ancient serial killers. It’s a horrible but absolutely fascinating story and I just based the entire lyrics on it. Fab and I visited her castle last year on an Eastern European road trip and almost cried. The village of Cachtice is the single most terrifying place on the planet. Wolves howling, deserted shacks and the history of an insane woman looking over you… Again, the ending section of this song is heavily African based with even more bass lines ripped off from Paul Simon’s Graceland album! (Rory)

Yeah it’s another cynical one… It’s fairly similar in lyrical feel to ‚The Boy With The Bad Mouth‘ but aimed more at a female subject. I guess most people have met, or have a friend, who sleeps around a lot. And doesn’t seem to have much care for themselves at all. And at the same time manages to anger and lose all their friends. The ending of the song looks a little at the female point of view, giving her side of the story. The song always started a little more morose than other tracks on the album, possibly with the exception of ‚LT‘ and it was a feel we really wanted to focus on. The change of tempo in the middle of the song was influenced by some areas of music we all love, Vampire Weekend, Metronomy etc. As well as the electronic drum sounds and double tracked vocals. (Rory)

A couple of tours ago when we were in Germany for the first or second time, i was going through a major che guevara phase, and ended up penning loads of notes and lyrics about his life and the Cuban Revolution. As a Marxist i’ve always found it hard to vent my views and i think this song was my first lyrical exploration of that. Musically we wanted it to be an uplifting Afro/Latin rythmical song, and when we took it to the studio and managed to get brass splashed over the track it really brought it to life. It’s a celebration of Che’s victory over Batista in the revolution, and Cuba’s final emancipation – and a cautionary look forward at the future of Latin America. Or i dunno, i may just be over thinking it. I just like to think of everyone in Havana partying to this tune. (Fab)

HANG UPS OF THE WEST

Following up on Santiago, i wanted to make a slightly more poignant observation of the world and capitalism as a whole. When i wrote the lyrics for Hang Ups i was in a much more frustrated place, with the Conservative/Lib Dem government having been elected and the west and Europe looking a less and less attractive place to be. So it’s a darker look at Imperialism and my frustration that the socialist idea (personified in the song) had not yet come to be. Musically, it is a complete bitch to play live as the drums are a total nightmare and i end up bruising myself at every show, but with the introduction of our Laptop into the live show we’re able to realise the more melancholy Middle-8 section that we created in the studio with layers of drums, mandolin, strings and brass. As with lots of our songs, the subject matter is a little more grown up, but the song is still pretty crazy and happy. (Fab)

We decided fairly early on that we wanted a photographic album cover. We spent a long time deciding on ideas, themes, and styles. It was only after weeks and weeks of looking for photos that we stumbled upon this particular shot! It’s by an Italian girl called Rafaella Midri who takes some amazing photos. We loved the main characters in the shot and the setting. The plain white border is something we saw in a lot of artwork and liked, especially the recurring theme in Fucked Up’s artwork.