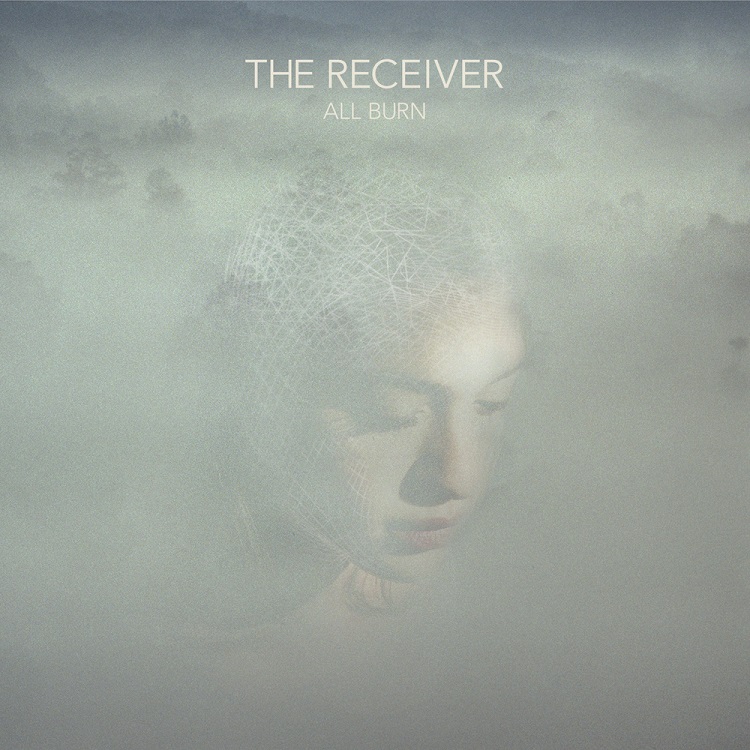 This album art was a collaboration between four different artists. We started with a desire to convey something lofty and inspiring. So naturally we turned to the idea of clouds, sky etc. It just so happened that our good friend and photographer, Anthony Blasko, had some photos of foggy landscapes that we loved, which still gave us the cloudy aesthetic, but in a more interesting way. Then our graphic designer friend Nathaniel Hagey began conceptualizing a focal point to place into our favorite photo of the set. It began with just a grid face, which was very unemotive but looked nice. After sitting with that, we turned to another photographer friend, Nick Fancher, who had some beautiful portraits. We chose one of his portraits of a girl that had the perfect expression and demeanor for the mood of this album, and Nathaniel blended her face with some of the grid he had in place before. This was a perfect visual blend of lofty, somber, and human. The rest of the layout for the booklet was finished by Scott Robinson at Kscope, which was all placement of photography by Anthony Blasko.

This piece was written toward the very end of the album. I knew I wanted an opener to set the mood, and hopefully pull listeners in a bit. So I rearranged the chorus of the last song, “These Days”, to be a choral piece. I intended for it to be airy, cloudy, lofty, just like much of the rest of the album. And I’ve wanted to record a four to six part vocal piece for a long time, and this seemed like the appropriate time and place for it. The lyrical content is all about self-distraction, and apologizing for it.

This was the first song written. The idea here was to have a forward moving, pulsing rhythm both in the synthesizers and drums (both acoustic drum kit and electronic). The main chord progression is meant to be transitioning in a subtle and smooth way. Nothing too drastic. But I wanted a lot of motion; chord changes that modulate subtly and end up in other keys without sounding forced. On top of this is the vocal melody, which hopefully grabs the ear of the listener and pulls them along through the song. The overall structure is a bit of a slow arc. The verses repeat and build, lead to the double chorus late in the song, then a transition back to a shortened verse and it’s over. And of course it’s a love song.

TO BATTLE AN ISLAND

The tone of this song is heavy, sort of labored. But it’s meant to have a darkness to it. It’s one of the more aggressive songs on the album (and one of our favorites to play live). This works well for the lyrical theme, focusing on a bit of resentment, anger, and frustration for being left behind without warning. But the chorus brightens things up a bit both musically and lyrically – of course things are going wrong, but I’m going to wait it out and hope for the best anyway. The post chorus toward the end of the song is all instrumental, and was meant to combine the chord progression of the chorus with the rhythmic elements of the heavy intro.

I had an idea for a song by remembering something from a National Geographic-type show which filmed and explained caves, stalagmites, and stalactites. This was something I probably ended up seeing during a late night five hour couch session. I thought all of this was cool, even though I really didn’t really understand half of what it was explaining. Anyway, for whatever reason, this song ended up having that lyrical concept brought in. The focal lyric in the song is “when you’re in drops, am I your collector?” Basically saying thanks for letting me pile up under your emotional mess. I was going for something more upbeat, and maybe slightly poppier than the other songs. So the tempo was set high, the drums played in a straight-forward cruising manner, with the vocal melody gliding around. The chorus is bright, and it’s also a blast to perform live. To keep it from being too cut and dry, there’s a section after the second chorus which breaks things down, and departs a bit from the rest of the song to allow for a new chord progression with arpeggiating synths, hopefully to pull you away just long enough and push you right back to the chorus.

Here’s one of the slower tunes. It’s piano based and set in ¾ which gives it a drowsy waltz feel. We couldn’t help but bring out some of our Floyd and Yes influences in this one. It’s a very slow build with sparse drums played with mallets, which eventually makes it to the full, layered chorus. Then the interlude following was a lot of fun. It re-presents the verse melody with synths, adding another interweaving melodic layer underneath. Then another set of verses and choruses to finish it out. Pretty straightforward in structure. For whatever reason, it makes me visualize a dark night, but with enough starlight to illuminate hills and landscape around you. And in this landscape I’m yelling at my girlfriend to go have fun but I’m not sticking around for whatever she’s doing.

This is one of my personal favorites on the album, with maybe the slowest, darkest mood. It’s very short lyrically speaking, which created a real challenge for me. I had to say a lot in very little space. But it reads like a very short, loaded poem. And I’m happy with that. It’s all about facing the reality of being dumped…flat out, spelled out, plain as day. Once again our Floyd influence makes a subtle appearance, mostly after the first chorus. It was all meant to be simple. Less is more. Straight drums and sparse bass, nothing pulling too much, everything just sitting patiently and comfortably.

We went through probably five different versions and attempts at this song before ending up with what you hear. But in the end, we feel like at long last we got it right. It’s meant to be driving, urgent, percussive, punctuated, and full. Another favorite to play live. The bass line is meant to be gritty and nasty while the drums are doing something that still confuses me. The structure is pretty simple, but the phrasing in the verses is a bit unique with little extensions and truncations mixed in. Hopefully the brightened chorus sort of brings it all together, but who knows. The ending instrumental part is a lot of fun, veering off course in the progression but landing pretty much back where the song started, but in a different key. If short, hyper-prog-pop exists, this might be it.

This song may require a little patience. The themes develop slowly, but we were going for a laid back drive with the tempo and feel. The chords move quite a bit from one key to the next. I was having fun during the writing process playing with stretching chords out longer than you’d expect and letting the vocal melody provide the movement during the verses. The chorus is in constant motion and that leads us to the instrumental section in the middle of the song. Here it’s a few synths, but meant to sound like a horn ensemble of sorts. Maybe there’s a bit of Beatles influence mixed with a little Blonde Redhead during this part, at least in my mind. And lyrically it’s about kids growing up in a broken family with parents that always had good intentions. But life is art; sometimes there are good mistakes, and like any painting, you have to let it dry.

This of course is the title track, and maybe my favorite song I’ve written. I think it’s obvious what the lyrics are about: a failing relationship, and I can’t let go. But these are the songs on other albums that I gravitate towards the most. A nice, slowed down groove on drums, simple bass, and simple chord progression. Melody plays a very important role on this tune, but the vibe is the most important element. It’s somber, but pretty in a lot of ways to me. And the structure is unique to any other song on the album. The verses are simple with vocal melody. And the choruses feature a melodic synth line in place of any vocals at all. That’s a first for us, and it happened organically, and I’d never change it. It’s a melody that can only belong on a warm, monophonic synth. This song has the same aesthetics in sound as what the album cover delivers visually. Cloudy, foggy, slightly despondent, with subtleties scattered throughout.

HOW TO BE YOUNG

This could possibly be one of the songs that give us the “dream-prog” identity. There’s a lot going on here. A rhodes and wurlitzer electric piano are the backbone, running through the entire song in eighth-notes bouncing from one key to the next. Fun for me to listen to, but feels like homework when I have to play it. Thank goodness for Jesse’s drumbeat which keeps everything organized. There’s a few bridges and post-verse sections that modulate keys a bit, but we find our way back to the verses pretty quickly and maybe slightly unnoticed. The chorus here again is meant to lift the entire song up, and simplify it for a bit, and suggest that we’re about 25% radio-friendly. But my favorite sections are the intro and outro. They’re big, with a reversed piano laying out the progression, and the drums and bass do all the heavy lifting.

This song is essentially an apology for being a selfish, self-involved idiot. And what’s worse is that I keep asking for an extension in the allowance of this type of behavior. But it’s honest, at least. Here we tried to return a bit to the the more straightforward, easy-going, melodic side of things. There’s a nice electronic and acoustic percussive thread throughout the duration of the song. And this is the chorus that goes back to the opening track “Drift” and brings the album to a close. The post choruses are my favorite part. It’s a progression that deviates from the rest of the song, and leads slowly back into the verse the first time, but then leads the song out at the end, eventually to a fading progression that keeps climbing upward over and over, and over, until you can’t hear it anymore. The idea was to give the sensation of ascending. Maybe we’re stuck on the ground, but that doesn’t mean our minds have to stay there.