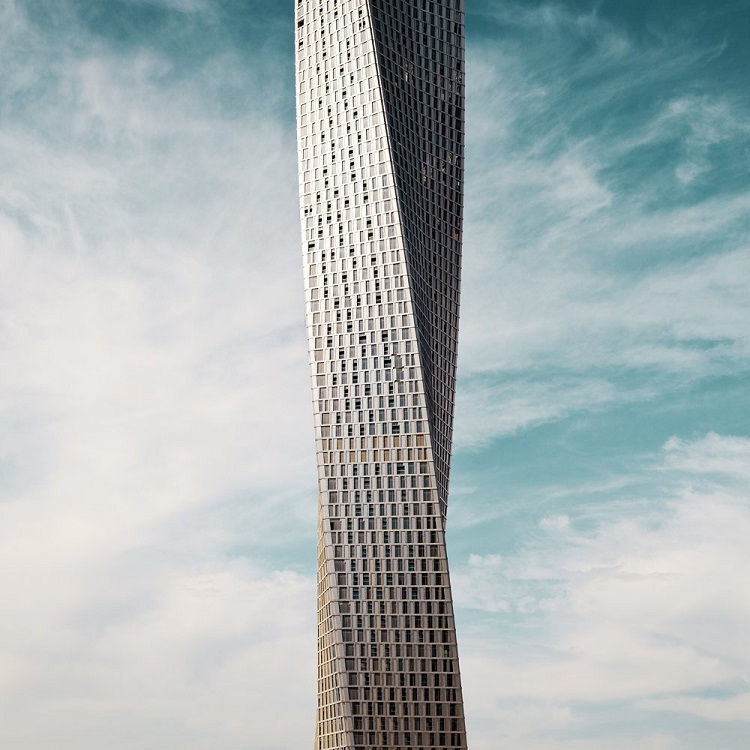 For the first time in our history we decided we want a real photgraphy on the cover, not the computer graphics. So we looked for something which will help build additional layers to a depth of our music. We found this guy Matthias Heiderich, he took so many great pictures of architecture, we got his own style. These images looked rather like paintings… probably lots of people will think that Safehaven cover is a computer made graphic, but it’s totally not. On the picture you see Cayan Tower, which is placed in Dubai. Personally i think it’s a really powerfull and monumental album cover.

One of the oldest tracks here. Also the first one with vocal line, sang beautifully by Bela Komoszynska from the awesome band Sorry Boys. Honestly, can’t imagine the better start of this album.

KNEES TO THE EARTH

Second one is much in the mood of our previous album. Very dynamic and full of energetic guitars. It’s also type of concert tracks- I’m sure it will do awesome on tour. Ending melodies are one of my favorites, we had a huge fun while composing this one!

ALL THE STEPS I’VE MADE

It’s one of the calmest and atmospheric ones here. Love the way it’s building up. I remember how much excited we were after finishing it. One of the songs which are „writing by itself“- all you have to do is to not disturb, and follow it’s story. We are very proud of this one.

Second single from the album. We’ve never did anything like this before- there is much play with drum samples, bass synths and in general new tones. In the same time you can notice that it’s definitely TFN song. I remember that it developed much; even some parts were changed in the studio, on the final phase. In the end, it turned out as a one of
my favorite songs we’ve ever wrote.

This song has kind „old TFN tone“. „Aura“ fans will be definetely very happy with it. We have a real fun while playing it live, switching on all overdrive pedals and just rock like in the 2009 :-) Bass sound here is definitely one of my favorites in whole band discography.Certainly, it’s the heaviest and darkest track on the album.

After writing all those „rock songs“, we came up with idea of making one different tune, something which will give you a breath in the middle of the album. In the end, we did one of my fav songs on „Safehaven“. There’s no live bass and drums, only pads, synths and few guitar lines. It’s quite intimate thing which ends with that tasty soundscape I would love to loop and just listen on and on before sleep.

WE ARE THE MIRROR

One of the latest tracks we did. We really wanted to do something very simple and powerful, that’s why it sounds pretty spontaneous. In the same time, it’s the most tricky one if it’s about playing live; we have much effects switching and looping stuff here so it gets quite challenging (but in the same time much rewarding). And there is this awesome“drum solo“ part in the middle. It will be an awesome gig’s opener!

It was the first song, we’ve wrote for the album. Hard to believe that it has already two years! I love the middle part and I guess, that this track will do great on concerts. We really looking forward to play it live soon.