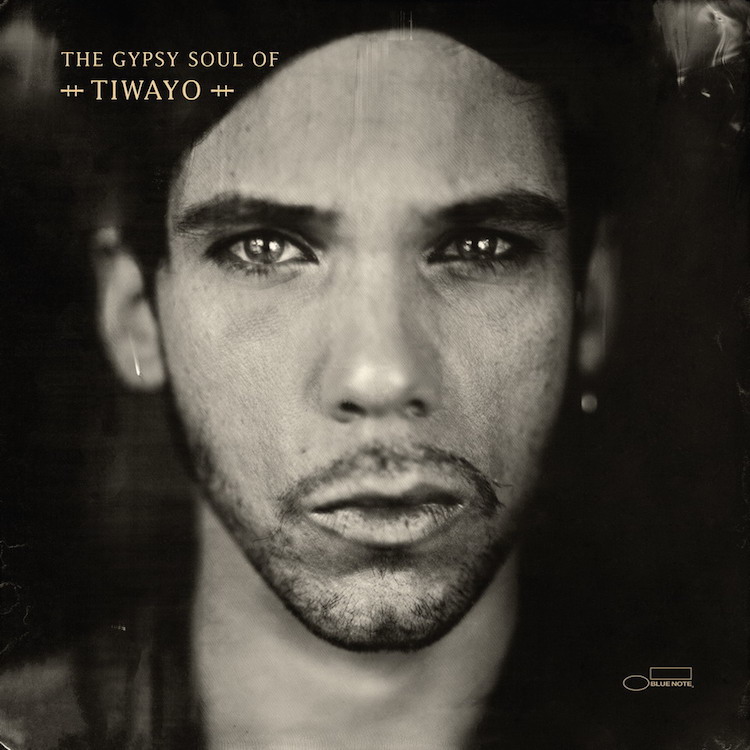 A PLACE TO CALL MY OWN

This is a song that talks about change and how life moves you. It’s about the pursuit of
happiness and finding peace of mind. I wrote this song at when I was feeling kind of lost. I think I was
disappointed and saddened by my relationships with other people because I had difficulties to simply
communicate with them. I wanted to share emotions but didnt find how. It was also a period when my dream of
being an accomplished artist was kind of fading. This song directly responded to that, all the things I wanted
and wasn’t abble to experience in the real life, I express it in the song. I wanted to feel belong, I wanted to
have a Home, I wanted to be in peace with myself and the world outside. This song was there to heal some
wounds and I think it kind of worked… Musically it’s made of many colors and you can’t extract one specific
style. I like to picture this song as a journey, both through my life and my inspirations.If someone would asked
me to describe „Gypsy Soul“, I will invite this person to listen to this song before having any.

This is a song I’ve been working on intensively in my little studio to achieve a certain ambiance I had in my
head. The song holds itself on a tough drum and bass pattern that sits between soul and dub. I wanted this
song really contrasted. Between the roughness of the lyrics and the clean melodic lines, and between the raw
drums and bass pattern and the full embodied minor harmonies that increase progessively along the track.
This song is pretty dark. Humans are much more seen as animals fighting for their survival than actual
intelligent and self conscious beings. Our environment is like a jungle and people has to protect themselves to
stay alive. I let my self go and say that this context of fear and tensions is the result of political games and
mediocrity. Finally In this doom atmosphere stands after all this angelic female voice, that everyone is free to
see as a sign of hope or as a sign of despair for the future generations. I personally wanted to see it as a sign
of hope.

Beside evoking my need of a certain kind of liberty and the classic fights we all experience at one point in our
love relationships, this song was really the occasion of enjoying making a classical soulfull tune from A to Z.
It’s all built up on the “ Hi Records ” foundations and easily drift from Al Green and Syl Johnson pure style.
After hearing my demo, Mark Neill really got into that groove to drive the rythm section properly and Jamie (the
drummer) nailed it with that classy „no compromise“ beat. While this song definitely has a „faithfull to the old
receipe“ aspect, I’ve been trying to keep it open by introducing that fuzzy guitar solo, the additional work on
backing vocals and keys, and a certain way of pimpin the tracks in post production. With this song I really tried
to capture that southern soul flavour while adding some french cream on the top of it.

To me, this is basically a Blues. I remember when I wrote this song it was a rough and cold month
of December in Paris. At this time, for several reasons, I had to split with the current band I had, even if I was
very attached and connected to them. This band included my good friend Thierry Negro who was a foundating
member of this project and who has always been an helping hand and the musician friend I can rely on. But at
this time I was kind of strugglin everyday to promote the music and trying to be heard by people from the
music business (tour promoters, labels…) but nothing came. I was also working with a terrible manager that
was making it worse. The band and I naturally got tired that we didn’t get that much feedback, not much nice
gigs, no recognition, no nothing …that means also no money. Getting high, playing cool and sharring our love
and passion for good music was not enough to keep us together anymore. “ The thrill was gone” …
So this song evokes tomorrow’s party, desilusions, loneliness, the need to feel belong, but having to separate
from the people you love…and it opens up on the possibility to create something new, and reborn. It’s marked
by the Soul of the great Bill Withers as I took refuge many times in his music during that period.

This song evokes the resilience theme just as in Child of the Ghetto , but is definitely more built on a classical
ironical blues-based expression. It’s an invitation to claim who you are and be proud of yourself, and be free
from people’s judgements on your doings. I wanted this song to be childish and rock n roll at the same time.
I ve been trying several grooves before Mark Neill hit the right spot in the rythm section pattern to really drive
the song. When I went back from Georgia, I finally tried to give to this song a sort of motown vibe with
additional keyboards work to insist on that contrast between the roughness of the lyrics and the joyfullness of
the music. This song is a mix of many things!

CHILD OF THE GHETTO

This song evokes the inherent beauty and grace that surrounded the process of resilience. Through the image
of this Child, I wanted to draw a larger painting, an odd to this capacity that some people have to extract
themselves from a difficult childhood and create a new world instead. Though we all experience the Blues one
time or another in our lives, I wanted that everyone could recognize himself in the fight of this boy with the
roughness of life. In the meantime this song is a tribute to the guy that remains one of my main Inspiration, Mr
Bob Marley. By extension, knowing that an important part of the Soulmen I ve been listening to grew up in the
Ghetto, this song pays tribute to their , their strength , their talent, their fire, their art.

RISE UP AND SHINE

This song is a call for change and the lyrics are more directed to the young generation. It’s an invitation for
them to fight for their rights, to be proud of who they are wherever they come from, and to spread their positive
energy to the world. I wanted this song strongly grounded in the tradition of Reggae but also being more open
with incorporating elements from Soul and Rock and the use of distorsion. I’m a big fan of Jamaican music and
I have been listening to Reggae during many hours, but instead of copying a recipe and kept it clean like I
used to do, I’ve been trying to destroy it to create something new. I wanted this one dirty. For all those reasons
I like to call this thing a Garage Reggae. While Mark Neill is known for bein‘ more of a Rock/Soul producer, he
definitely got into that Jamaican vibe. I remember him playing some Desmond Dekker super loud on his turn
table and we were all getting crazy how good that thing sounded. One night While we were packing up and
going back to the hotel I remind having a long chat with him about the tight links between American Country
Music and Jamaican music. I definitely love how cultures and art often transcent national bondarieds.

Night train is a sort of transcription of different images and memories from my life and journeys. It evokes the
time when I left my hometown to move in in Paris, then my travellin‘ time in the states. It talks about my
teenage dream of becoming a real fine and funky musician and so leaving the place I grew up to become
„someone“. I mix memories of my first road trip to the states in which I ve had the chance to see NyC,
Chicago, Memphis, Clarksdale, New Orleans…I guess I tried to mix in this song both the Funky and the deeper
aspects of traveling on your own and hitting the road. I also definitely wanted to share a little of that
omnipresent mystic and intensity I found in the deep south. There are places out there you dont come back the
same after having experienced their electricity.

This is a song I wrote on a beach in Italy. I was traveling there, initially to rejoin a girl I met in a bar in
Paris. That kind of plan. I’ve never found the girl but instead I ve found a place of beauty, nice and very
welcoming people, and also a deep wondering feeling. After visiting that gorgeous city named Sienna, I finally
ended up on a beach with my guitar and a bottle of wine. The moon was rising high and I remember tryin to
describe the best I could the intense mystic of the moment. That mixed emotions and colors, feeling lonely and
embraced by mother nature in the same time. When I got back to Paris, I sticked to those weird lyrics a deep
minor blues chord progression and a slow rock beat and that was it. I’ve been thankful to this girl for never
showing up because I went home with great memories and a brand new song for the band.

WAITING FOR THE MORNING LIGHTS

This song was initially a melody I was playing on guitar with a bottleneck. I had this melody stocked in my mind
during a certain amount of time and while I was off in the country for some kind of vacations, in one afternoon
it turned into a complete song. Lyrically speeking it obviously sings about the spleepless nights, when you feel
worried and confused, when your mind seems to wonder endlessly. The text also includes images from some
dreams I had. This song is an ode to change, it’s an ode to life and our capicity to reborn, it’s about wondering
feelings and it’s finally a simple ode the many beauties of dawn.

I guess the lyrics of this one are explicit enough. :) I did this song at a moment when I wanted to break with my
musical routine and integrate more of a rock n roll energy in my live shows. I really like how this song turned
out in the studio, with that garage surf crazyness. That was exactly what I was surching for this song. Jammie’s
drumming is insane. When Mark Neill picked up his fuzz pedal and handed it to me sayin “ Do you wanna try
this on the bass ? „, I probably cried tears of joy, I was the happiest man in the world. I consider that crankin a
fuzz one time a week is really good for health and social relationships.

This is a song I wrote when I was 20. I remember it because it’s when I moved in in my first flat in
Paris. At this time I was playing a lot of reggae (as a guitar player) with several bands and most of these guys I
was playing with, were religious rasta men. I had already experienced the beauty and the power of faith when I
traveled to Haïti as a teenager a few years before, and now it was under my eyes in my everyday life. I think
this song is definitely marked by that religious context and the spiritual images I was hearing in the Jamaican
and American music I was listening constantly. This song to me has many meanings…It’s about hope, Ideal,
transcending ourself and making contact with heaven and the people that are gone.