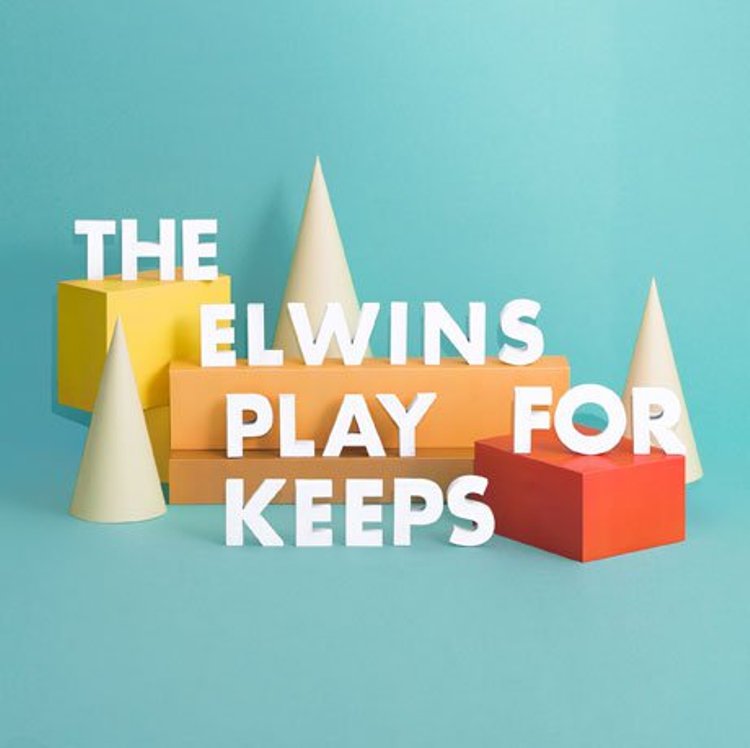 This was one of the last songs written for the record. We did a lot of new things in this track from the way it was written and arranged to how it was produced and recorded. The lyrics for the song were written before the music while in the van on tour in Europe. The melody ended up coming to me during the lyric writing process, which had never happened before. When we started recording the song we had never played it together as a band and it was kind of a freeing experience not being as tied to that instrumentation while working on it. The song is about the internal dialog that comes with brief moments of infatuation.

SHOW ME HOW TO MOVE

This song was the most collaboratively written track on the record. We went away to Travis’ family’s cottage for a writing retreat and this is one of the songs that came out of that. We even wrote the lyrics together – while sitting in a circle. This song is one of our faves to play live.

IT AIN’T OVER ‘TIL IT’S OVER

It “Ain’t Over ’Til It’s Over” is another song that we hadn’t yet played as a full band when recording it, we had just worked on it with the acoustic guitar tweaking the arrangement a bunch. We worked the acoustic into the final version as we felt it added to the “sunny” feel. This song is our effort to pay homage to those people who make life brighter.

This is one of those songs that just came together quickly. Travis knew it was a single before anyone and before it was finished – he’s smart…and available. It’s also one of those songs where the lyrical content doesn’t really match the feeling of the music. We really love when that happens with other artist. The Beach Boys are one of our favourite acts and they seem to be the masters of this weird but effective way of communicating feelings.

BRINGING OUT THE SHOULDERS

Frankie is the man with the plan on this track. We were really happy that he was able to sing some lead vocal on the record. This is my personal favourite song to play live (maybe because I get to slap a little bass).

A song about the vulnerabilities associated with love. We had been playing the song quite a bit before we recorded it and that was super helpful. I feel like this song found its groove during the recording process pretty quickly. My favourite part in this track is when Feurd does some crazy keyboards slides. Hopefully you’ll be able to see it live someday because it’s a treat.

This song was based around riff that we had been playing around with for quite a while. It’s a super guitar heavy song and one I think that makes us feel a little more badass when we play.

With every decision there is a possibility for regret. It’s hard to make tough decisions and I seem to often go back in my head to try and figure out if I’ve made the right choice about something after the fact. This song highlights that struggle. It was one that came from the heart and one that was almost therapeutic to work on.

Life is trippy eh? Sometimes I’ll think of humans like animals with a simple life objective – live, eat, sleep, reproduce, die. In that scenario it seems like the priority is to reproduce, to continue our species. I think a lot of us have urges and desires for intimacy, romance, sex and it’s sometimes strange to think that there is an animalistic instinct driving that.

This song is inspired buy those moments when you know you’re chilling too hard when you should be working on something important. One of the most frustrating things for me is realizing that I’ve wasted a day doing stuff that doesn’t really matter in the long run. I’m really happy with the way the dynamics of the chorus turned out because I feel they represent the intensity of that frustration.

This track is another byproduct of the cottage writing session. We all were excited by the track’s quickness and fast paced vibe. After we finished it we quickly added it to our live show. Playing the song a bunch helped solidify this song’s place on the record and helped us have a clear vision of how we wanted it to come across. There are some people in my life that are so incredible or amazing at things but have little belief in themselves and this song touches on that.

Written after playing lots of Robot Unicorn Attack (the phone game). Funnily enough, I think the aesthetic for the song was subconsciously inspired by this game. It was written on the computer and the general vibe of the song didn’t change too much in the final version. It’s a song that is intended to encourage.