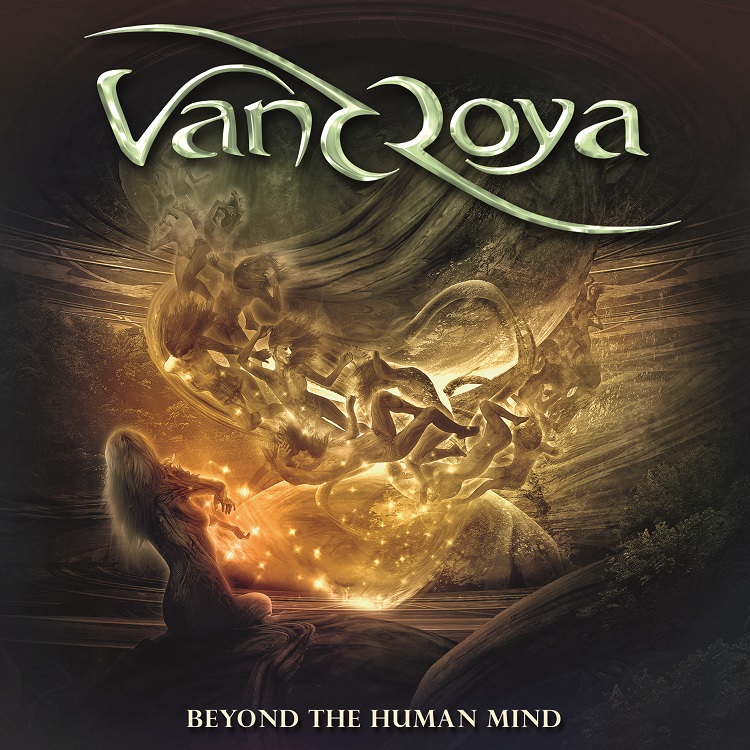 Regarding the creation of the new Vandroya CD cover Art for the album Beyond the Human Mind I remember having some conversations with the band about the general ideas behind the new songs and how they would reflect a struggle from a main character, a girl finding answers to her life. If you look closely the same character is repeated many times inside the artwork. A girl that doesn’t reflect any particular time frame or style, her skin is like wood texture and many copies of her circle an element of nature. They are projections of the original girl that is facing them and connecting to this never ending spiral by light. When I proposed this idea to the band I was thinking about the many paths that we can take in life and how they disappear once we chose where to go or follow. But this paths life only in our minds.

Beyond The Human Mind concerns a quest towards the self, an awakening of the conscience and how we deal with our mind creations, since they can change and shape everything around us. The lyrics, full of antithesis, tend to seek an understanding of what would be transcendence. Which catches my attention in Felipe’s work precisely is his ability to express in images this „chaos and peace“ inherent in the human beings. In this cover art, at the center, a swirl of materialized feelings, and in the foreground, what we can call reality represented by the female figure as well as elements of nature, in a juxtaposition, without nothing separating them.