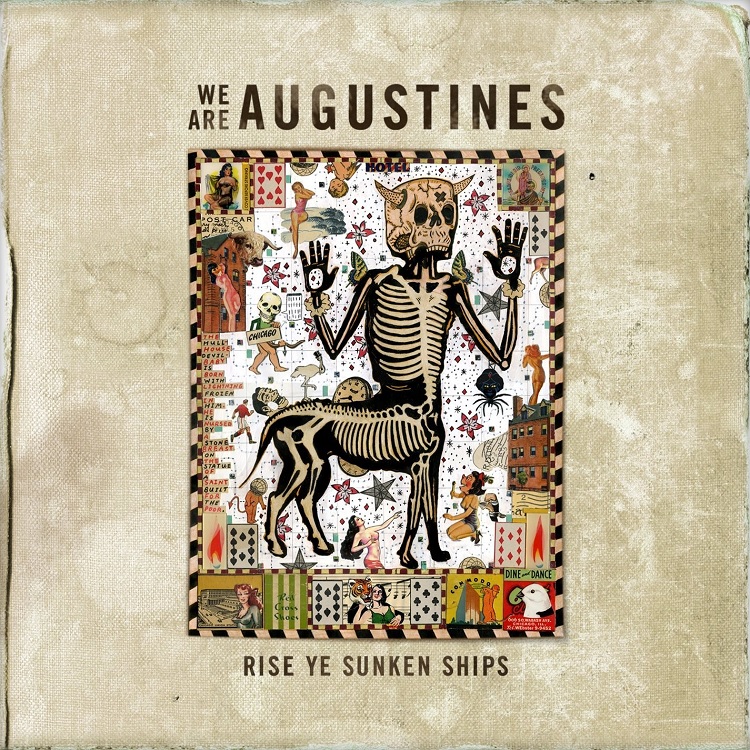 This song is about lost love and witnessing an old flame and bride-to-be walk down the aisle to be married. So often in life it is difficult for us to keep a good face on the outside (while our insides are burning). Hollow handshakes and blank stares at a wedding sum up the sentiment here. Burn baby burn.

A tumultuous relationship between brothers, and an increasingly urgent attempt at helping someone who is in a downward spiral. This song was written in one day and initially on piano.

HEADLONG INTO THE ABYSS

A story about my brother in a car and running from cops. It’s a refusal to comply with doctors, police and the dregs of small-town life. Sometimes pills kill the spirit, and often the individual is very aware of that fact. The song seeks to envision the moments of exhilaration at taking a stand against authority and driving hard and fast away from one’s fate.

Lyrically, it is my attempt to humanize the homeless and mentally ill, and remove the titles and tar from a once resilient spirit that struggled too much in his short life. Everybody deserves a proper eulogy; this is mine for my brother James. As far as I’m concerned our society at large would rather not think about the topic of homelessness and mental illness. Unfortunately, people who have lived through it are forced to find a place to store it internally. This song is written from that place.

East L.A. is where we did a portion of the record the first time around. I was frequently up very late, drinking and living in a hotel with Eric. Much of the record’s subject matter was coming clear and it came through a break from the intensity of the darker NYC late nightlife where I had been bartending for a living. I saw celebratory moments between people and I saw heart-wrenching nuances in people as well, all to the backdrop of a dive bar – mostly people not valuing themselves, their potential, and looking for warmth in some distorted drunken way. I think the song is a blurry love story, and the narrator is speaking about a moment of clarity on a Ferris wheel, the concern for his fate on an all-to-welcoming barstool, and the realization of a moment’s beauty and watching it dissipate.

Ever since I was born I’ve lived around Mexican people. I played with Mexican children as a boy and until I was in grade school I lived in a trailer park that was full of artichoke laborers that were raising families by the fields. The mornings smelled like manure from the fields and on the weekend nights the alcohol whipped the place into quite a state. As it goes with trailer parks, children aren’t always supervised and we ran fast and free through the night as our parents got high. There were frequent fist fights, dogs barking and yelling. It was there where I realized how tough, resilient and full of heart those families are.

My mother got very drunk one night and told me my father was a truck driver from Texas. She met him hitch-hiking and he dropped her off pregnant. I badly cut my hand in Chicago during the recording of the record and received 70 stitches in my left hand and some heavy pain pills. I couldn’t stop thinking of my father and what my mother told me that night so long ago. I’ve been looking for my father since I can remember and it all flooded into this song. I played the initial chords with my cut hand high on pills and wrote this song in about an hour. If you listen to the intro, verses and chorus you can hear that the song is all composed and played by only two fingers. Those fingers where poking out of my bandages and probably have something to do with the tone of all of this. The song has an agricultural backdrop along the border in Juarez and it is there that this story takes place.

PHILADELPHIA (THE CITY OF BROTHERLY LOVE)

A snapshot of a city. Not a world-class cosmopolitan playground, but a real place with real people living real lives. I’m not sure what my fascination with not becoming a casualty of your surroundings is about but it’s, again, a character pleading with great urgency that they can’t succumb to shutting down and accepting this as a life and that there is indeed a world out there, and that once you truly realize it, the window of time is very short to get out.

NEW DRINK FOR THE OLD DRUNK

Not my tune but I was drawn to it because it seems to be talking about the characters I saw as a bartender. Darkly beautiful in it’s lyrics and sadly profound. It was soothing to me in a time that I felt like I was babysitting drunks for a living. I don’t miss those days but I love the song.

This song was written when Jimmy was in Folsom Prison. It was a time machine for me to revisit the time I had him live with me on Columbia Street in Brooklyn. He went missing for quite a while and I called every shelter and jail in the area looking for him. I never thought he’d actually be in a prison. My sister and I were always calling his state-appointed lawyer who was nearly impossible to get a hold of and who seemed buried in a caseload that just never let up. We were trying to hammer home that he was mentally ill and shouldn’t be doing time, and that he was in danger and truly needed help … all to no avail. He still sat in solitary confinement for five years and never stood trial. We truly thought when he got his court date he would finally be able to be helped and housed properly. We chose a hospital near my sister’s house and planned how we would visit him when we got him there. It’s called Patton State Hospital.

My best friend wrote this when his brother, Jeremy, was doing time in San Quentin. It’s funny what happens when you do time – you develop slang to survive. Jeremy went in a confused kid and came out talking like an old ex-con. Prison is a culture, and no matter how hard you scrub your hands or move forward you can’t wash it off your skin. I used to see prisoners when I was riding the Greyhound around America. You could see in a flash how dazed, excited and broken they felt. Avenal, Folsom, San Quentin and Lompoc – they are all over California. They are among the scariest places in the world, for both the prisoners and the people that love them. I hated visiting. Me and my best buddy happened to be going through this together at the same time. He wrote Barrel of Leaves on a beat-up piano at a friend’s house. I sang it the best I could.

This piece was birthed out of the chaos that comes from living in New York City; balancing the draining moments spent at day jobs in the industrial areas like Columbia Street, Sunset Park and Long Island City. With the pure and romantic dreams of being a musician, it is contradictory and confusing (at times even jumbled) but that is its intention. Instrumentals often come to me as a meditation; this particular piece challenges that, indeed, stillness can exist in chaos. And celebrating that struggle can bring peacefulness.