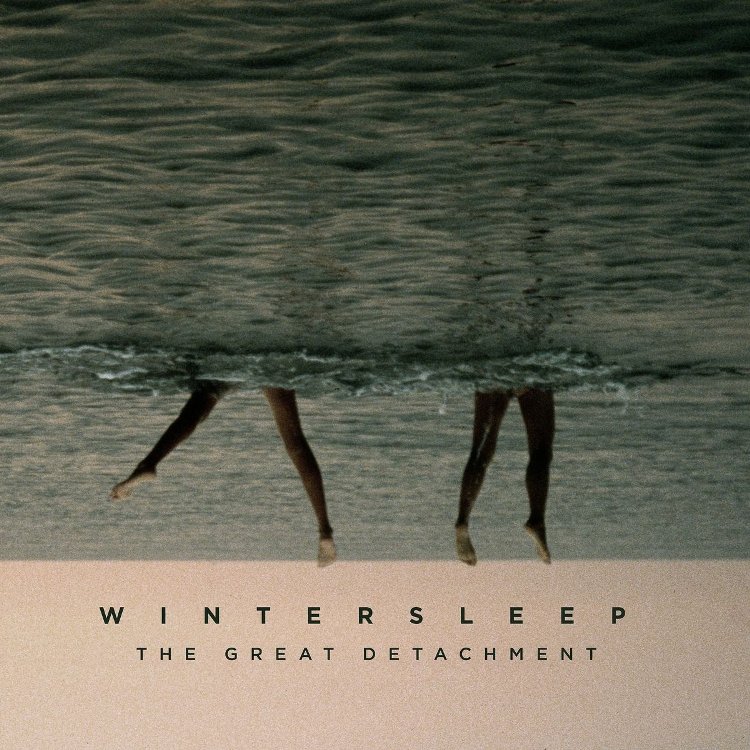 PAUL: I had the riff/lick for this song and was going through the chords for a while with a general melody in mind but not a ton of lyrics. It had this Americana quality to it and reminded me of The Band, Neil Young or Richard Thompson. I came across a poem called „America“ by Whitman and  other stuff from Leaves of Grass. The enthusiasm and hope Whitman had for „America“  really struck me. The word „America“ now calls to mind something not so harmonious to the extreme, but I guess the initial spark for the lyrical side of the song was an attempt to connect to the hope in the concept that Whitman is conjuring.

PAUL: Loel had two versions of this tune that we merged together into one. We worked together refining the melody/chords and lyrics a bit in the chorus section and second verse. Tim had this great part that became the bridge and that gave it its dramatic finish. This is a simple love song about wanting a second chance, but also knowing it’s past the point of getting back. There’s a realistic, adult sense of knowing it’s beyond reach without feeling resigned. I think of Elvis when I hear it. There’s something very „Suspicious Minds“ in the sentiment for the „character“ in the song. Maybe it’s also because Tony kept telling me to sing the chorus like Elvis.

PAUL: The song has this really bold, joyous thing going on. I feel like when something feels super joyous sounding it’s nice to try and spice it up with a measure of misery lyrically, just to keep it grounded. If the speaker in „Amerika“ is an eternal optimist, the character in this song is a realist. It’s about drifting through old haunts literally and figuratively, getting past old dreams, dreaming new ones, living up to who you think you should be.

LOEL: I think I had the chords for this around 2010. Tim and I lived side beside each other at that time and I sent it over to him through email one night. The next day he was like „come check this out“. He had written the lead line. From there Paul went through a bunch of different vocal ideas and settled on the approach on the record that almost has this Bee Gees quality in the verse. He also had the bridge chords in another song  and fit it into this. Spent a lot of time getting the ending of the song right as it morphs into this slowly ascending theatrical section.

PAUL: I don’t know if I’m giving away my age, if that’s a bad or good thing, but the first time I knew someone loved me who wasn’t my mom or a family member was via a handwritten letter from a beautiful young girl in my grade 11 class. This song is about that feeling, knowing someone intimately, and loving someone who loves you back. The moment of realizing that.

PAUL: This one was written during a big break between recording Hello Hum and touring it. The first line, „on the way outside,“ was a text I got from a friend. The phrasing was kind of cool. I had a guitar and sang the text for fun over some chords I was playing through. The rest of the song kind of spilled out from there. I think of this song as a conversation someone is having with someone else or maybe more an internal monologue someone is constructing that they’d like to tell a loved one or friend.

PAUL: I came up with the lyrics and melody on a walk through a busy Montreal street when I moved back there in 2010 from the east coast. I’m from rural Nova Scotia so it felt a bit overwhelming moving back for the first few weeks. By the time I got home I had a ton of lyrics and a general idea for the song, being this panorama of a busy city street. Loel thought of the beat for it late in the Hello Hum tour cycle. The beat  sounds like walking through a city and also has this industrial, relentless quality. Tim came up with the sweet minor note turn around part in the bridge, which made the song feel more dramatic, and paved the way for the vocal part in that section. Tony had the idea for the Russian stule bvs in that part, which you can hear if you listen close!

PAUL: I remember wanting this to sound like “Faith” by George Michael, „Sweet Emotion“ by Aerosmith and that Snoop/Pharrell song that has a hook that sounds like bottles being opened. Loel came up with this dope Bo Diddley type beat for it and a thick, cool sounding shaker part, which brought it into this cool, tropical yet clubby territory. He refined the riff to make it hookier and so it’d work with the drums. It became sort of a hybrid of Buddy Rich era music, surf music and Graceland era Paul Simon. When we recorded it we decided to go with the latter vibe overall, but incorporated the original beat and all the cool stuff that made that first version of the song interesting. The album title, „The Great Detachment“, came from a line in this song. The lyrics are about checking in on yourself from time to time. Trying to be a better human.

PAUL: This tune was a jam Loel originally intended to put on a solo record he was working on. He wanted me to help him do the vocals, which turned into „why don’t you just sing it?“ A few weeks later we were demoing it for the Wintersleep record! His voice sounded awesome on it but I guess he just wanted me to sing it. We tried to make it as Violent Femmes as we could production-wise, just to fuck it up a bit. Love the mix Gus & Werner did for it.

LOEL:  I had the music done for this for quite a while, came about around the same time as „Santa Fe“. Had been playing around with lyrics for probably a year until me and Paul got together and hashed them out in an afternoon. It is about a terrible break up where both parties are pulled apart emotionally and physically. Stress, anxiety, fear of failure or failure played into this tune.

PAUL: This song makes me feel really nostalgic of my teenage years- driving at night in my hometown Yarmouth, Nova Scotia. Yarmouth vibes creep into every record at some point it seems. The town is built around the ocean, so you could drive with a view of the ocean for miles and miles. It’s bit of a secret companion.

PAUL: I was younger. Loel wrote a sick beat for it within minutes of hearing it. Tim made up the coolest lead guitar part also within minutes. Loels’ performance on record is the secret sauce. I think we may have caught it on film actually, the performance. It’s a largely minor key song and with darker lyrics. The energy of the performance is so needed to make it feel fun and uplifting and not feel too stark or downtrodden. Geddy Lee plays on it, which still makes me feel giddy. If there was an instrument he could play with his eye balls I’m sure he’d be able to! That evening, we were having a lot of trouble with the bass line. The song didn’t feel as lively as it should in the end. Someone was like, “what would Geddy Lee do?” jokingly, and Tony was like- “oh, the best bass player in the world? He’d make it incredible. Why don’t we just ask him?” So we did! Apparently he’d heard us before and liked us and was into trying something!

PAUL: Loel reminded me recently that this lyric was sort of born out of girl trouble he was having. He was dating this lady but she was hurting his feelings and not being very open with him about where they were with things. He said at some point that he was talking to her about something thinking „who are you really?“ That sparked the chorus for this song. There’s only so much you can know about another person if they don’t really open themselves up to you. Tim, Loel and Tony really wanted to approach the production channeling a chill Travelling Wilbury’s / Jeff Lynne vibe as much as possible. I was trying to deliver the vocal a bit more desperate, almost sort of over-emotionally just to give a bit of counter-point.