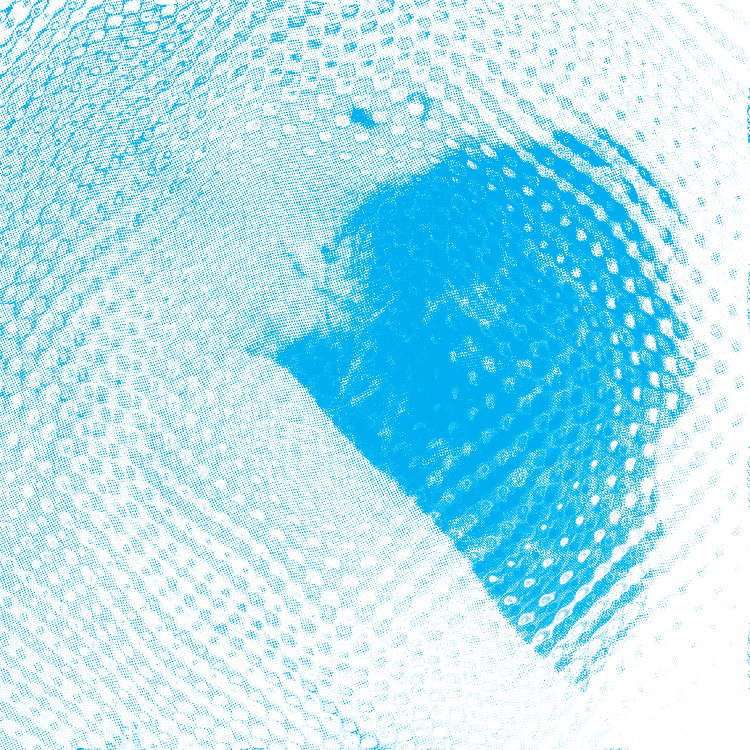 David Swatzell : This was the first song we ever wrote as a band. We laid down some basic tracks for it during the session for our first album but it just wasn’t turning out like we wanted. We started working on it in the Hypatia session and messed with the structure a bit and then pitched the whole song down on the tape machine and it finally came together.

David Brown : This piece was completely reworked in production, thanks to Lynn Bridges. As it is the first true Wray song, it resonates with the original mood that we began creating in 2013. Lyrically, the song recounts and teeters on that invisible line that one must cross when coming to terms with something. For me that line is horizontal.

Blake Wimberly : This is the first Wray song we wrote together. It ended up being shelved when recording the first (self-titled) album. Its original form just didn’t fit. Honestly, it didn’t really fit in the new album…at first. It had too much of a bouncy, upbeat feel to it. Lynn Bridges (engineer and co-producer) decided to slow down the tape we had recorded on. It changed everything, tempo, pitch, mood. It fit. David Swatzell went with strums rather than the normal picking/arpeggiating. More space was left between the notes and it ended up being a solid opening track…a slow, soft invitation.

David Swatzell : I feel like this is one of the few wray tracks that  you can sorta hear our „southern accent“ come out in our music. We also pieced together the drums so that a lot of the song is just kick and snare and then overdubbed cymbals and high hats at the end. Which creates a nice unrelenting drive.

David Brown : Giant doesn’t really let up. We wanted the album to rise and fall throughout; like a tide or valleys and peaks, or a workout. The title was taken from the 1956 film of the same name.

Blake Wimberly : And then back to upbeat stuff. I thought it was a good track to follow “Below” because it had a higher tempo and more drive. The album begins with a hazy creak and then “Giant” swings the door wide open. Laying down drums for this was a bit of a task. Live, I play the song a bit more aggressively. For the recording, it needed to be more subtle and locked in, machine-like, but human. Somewhere between wires and veins.

David Swatzell : I feel like we knew pretty early on in the recording process that this would be a lead single and title track. It came together pretty quickly in the tracking process and kinda became the „standard“ for the whole album in a way.

David Brown : We stumbled upon the tone for this song. Lucky for us there was a Soviet Big Muff pedal in the studio. It totally gave the bass guitar a texture not unlike dragging or floating over desert sand. I think this track sums up a lot of our influences especially the new romantic movement.

Blake Wimberly : The first track we recorded for the album. It set the tone and mood for everything that followed. Rightfully so, it became the title track. There’s a “bass drop” in there that I’m pretty proud of. There’s zero kick drum until about a minute and a half, after the intro, first verse and chorus. It’s all rack tom and snare until then. My drumming is pretty repetitive, drive-y and can be a bit relentless, so I feel like dynamics need to be tinkered with to give it more feel. Pull the foot up every once in a while.

David Swatzell : this was an outtake of a bass delay that David was playing as we were trying to get things set properly and we thought it would be a good segue way track

Blake Wimberly : This came off of a sort of ambient track we were working on. It was supposed to segue into an early version of another song, but we ended up just cutting the bass part out as a loop. Works really well going into the next track. Sort of an ominous, drifting cloud that dissipates into…

David Brown : I think this track is the closest to our first record, and a little weird. We simply wrote it on May 23rd with a sort of aggression in mind. And I like chanting „tension“.

Blake Wimberly : This song is probably the heaviest on the record, but I think still maintains the dream-like atmosphere we were going for. Pretty sure I’m riffing on a Love and Rockets drum beat here. Not exactly ripping it off, just my interpretation of it. David Brown and I had been working on something with a bit more of a post-punk feel and this popped out. I had also been trying to work in the triplets between kick and snare thing you hear in the chorus for some time. This one is fun to play.

David Brown : Originally called regular (deep black), the lyrics were written after diving into some of Haruki Murakami’s short stories. I think the track is surreal, executed but loose.

Blake Wimberly : This track slowly opens up into a shimmering, layered climax to finish out Side A. I really love how the ending chords return later in the album as part of a segue track (“Dymaxion Dream”). We made a conscious effort to do more things like that for Hypatia. Segues, call backs, smaller things that give an album more character and cohesiveness.

David Brown : We had been trying to work that middle lead riff into something for a long time. It’s a very fun song to play live and it works for the beginning of side b.

Blake Wimberly : Opening up Side B is an instrumental, off beat, locked in groove that slides onto a dream/surf wave only to fall back in line at the end. Sort of a pallet cleanser. The title is a slight reference to a mall arcade we all separately went to as kids.

David Swatzell : this one was a tough one to mix. Originally it had an intro that we still do live but it just wasn’t working on the record.

David Brown : This is maybe the odd bird of the record. While the rest of the album, to me, sounds a little cold (a comfortable cold), shiva sounds tropical or sunny.  I’m envisioning the Holodeck.

Blake Wimberly : This track has one of my favorite moments on the album. There’s a point where the first chorus feels like it’s about to fall off the rails, it goes on what seems like a measure too long, constantly gaining volume and force, reaching for the heavens. Just as it’s about to break into a million pieces and paint the sky, some well placed reverse cymbals (thanks to mixing engineer Daniel Farris) swoop in and pull everything back into the cool breeze/release of verse two.

David Swatzell : this was the first mix we got back from Daniel Farris that let us realize he could steer us in the right direction with the final mixes of this album.

David Brown : This is the sappiest track on the record, also the most vague. It was originally a lot longer. We actually omitted a part of it. We hope that the listener is pining with us.

Blake Wimberly : Weird bass/drum pattern going on in the beginning that turns into a wonky four on the floor beat (almost Disco, but the record keeps skipping). This one’s a slow burner. There are some conversations back and forths until it finally lets go and drives into the sunset…on roller skates.

David Brown : That early practice „jennifer“ you hear in the second verse makes the recording work.

Blake Wimberly : We cheated. This is a cover of Krautrock pioneers Faust. We put it through the Wray uptempo goober machine and out came this. We shut it down early, decided to leave the more experimental guitar wall smash em up/drunken ragtime piano plunking to the professionals.

David Swatzell : this came from the ending of regular. We started playing it as its own song and really liked it so now we generally begin our live set with it.

David Brown : This is perhaps my favorite piece on the record and brings cohesiveness to it. This was recorded in one take and one track. It’s the soundtrack to your hypersleep pod. Dynamic Maximum Tension is a broader concept for the album Hypatia.

Blake Wimberly : Call back time: the return of the “Regular” ending chords! Lately we’ve been opening our sets with this and ending with “Regular“ as sort of a book end of melody/chords. Sneaky…unless you miss the beginning of our set or walk about before the end. Then maybe you’re the sneaky one.

David Swatzell : this was also one of the first songs we wrote that didn’t make the first album. We had a hard time getting it sounding right on the first album session. We were able to take more time with overdubs and getting the drum beat right this time around.

David Brown : We wrote this song as a mirror image. It starts and ends the same. The middle part is 1/2/1/2/1. It’s also reflective and closes out the mood of the record.  I see you.

Blake Wimberly : This is the second song we ever wrote as Wray. Also failed to make the cut for the first album. Kind of funny the opening and closing tracks of our second album are the first two we ever wrote together. I suppose you can’t escape the past. This time around we decided to throw some synths in there, as well as cello. It’s mostly instrumental and of course ends our adventure with an enormous swell of this and that and some of that other stuff, too (mostly guitar). During the mixing phase, Daniel Farris added the poignant touch at the end with isolated cello lulling everything back to its right place– silence.