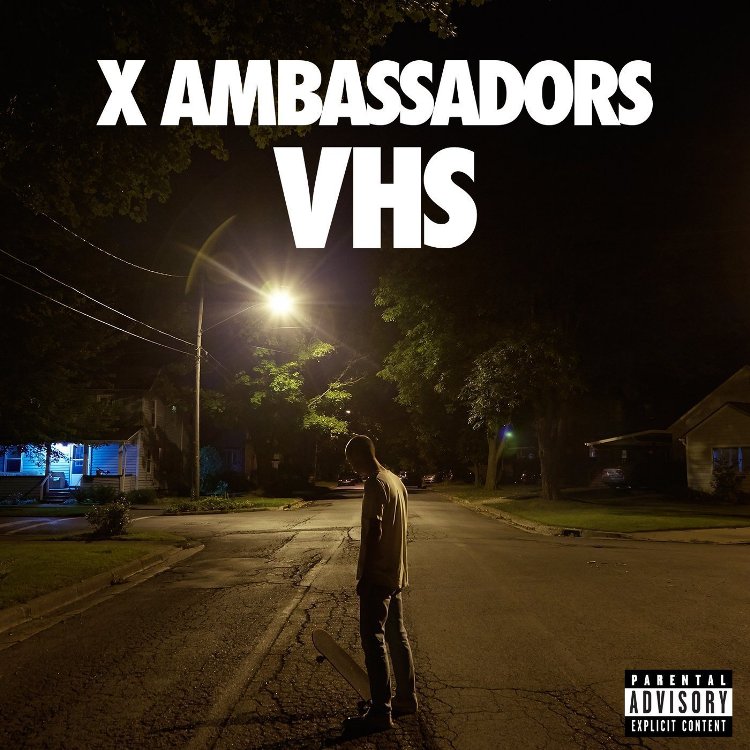 The record was done on the road. We did it while we were on tour: in hotel rooms, bath rooms, backstage and some of it was actually recorded in our van. We were touring in a small van, not in a bus, so you can hear the sound of people talking or things bumping around.  It feels like a combination of everything that we’ve written since we started our band back in 2006.

SAM: The record as a bunch of these little interludes. That one was taken from home videos of our parents. Back in 1998 my dad was asking every member of the family what they’ve done this year, what they think they’ll do next year and where they see themselves in five years, ten years, fifteen years. It just happened that he asked me where I thought I’d be in 2015, which is when our record came out in the States. I said something about wanting to be far way, which is just true now.

SAM: That one was the last song we wrote for the record. It was done on the road in a couple of weeks. Our producer had the idea of the title. It turned into something that represented us and who we are. We’ve always embraced what made us different, and that’s where we found our strength. That’s what the song is about. It was used for a jeep commercial. They decided to put that song in there.

SAM: That’s me and Casey and our parents leaving our first house in Seattle. It was very nostalgic and kind of represented a big change in the family.

SAM: It’s a song about divorce, but also about a family dealing with internal struggles and trying to keep itself together. It was a very painful time in my life. I felt a little embarrassed writing about it. It’s kind of my therapy.

SAM: That one took a very long time to write. I had this idea for the chorus and then I came up with that line don’t let go like Indiana Jones. I was like “this is very stupid”. I sent it to our producer and he really liked it, so I turned it into this homage to Indiana Jones.

ADAM: We recorded the drums for it in this very famous studio in Los Angeles, called EastWest. There’s like five different rooms and Frank Sinatra recorded there, Elvis and all kinds of amazing artists. That one started working with our producer Alex. Sam wrote it with him and then we kind of added to that. There’s actually another version of it. The other one was more Pince-y and this one is a little bit more unique.

SAM: There’s also an acoustic version of it that we really like. Sometimes we us it for our set.

SAM: Actually it was just me and Noah and two other kids form our middle school and we played at a talent show. We were 12. Someone videotaped it, so we put it in there.

SAM: That one was written with a band called Imagine Dragons.

ADAM: Maybe you know them? (laughs)

SAM: It was a collaboration and started with a beat that Alex had come up with. Dan had already written this chorus to it and I thought it sounded cool and I wrote verses. That was it! Very easy!

ADAM: They kind of discovered us and now we’re friends. They heard us on a radio station and brought us to a record label and our producer Alex and picked us for their tour, so we owe them. It’s like a big brother band. They are like mentors.

SAM: That’s us smoking cigars for the first time, I think. Not weed! That came later! We were like in high school.

SAM: That was just a guitar thing I was messing around with. Alex turned it into this house beat. It’s a song about waiting for something bad to happen because everything is so good. I get that feeling sometimes.

SAM: That’s a collaboration with Jamie N Commons. Again, I had this chorus and we couldn’t figure out the verses. Then Jamie came in and he wrote these verses and he added some guitars to it. It’s a song about trying to make up for your mistakes and be a better person.

ADAM: That’s another home recording. We were in Los Angeles at my parent’s house for our first EP and they were out of town. We had our friend videotaping us. Noah and I were sitting outside and doing an interview with a guy and then Noah cracks a beer in it – and it’s like 11 am.

SAM: That song also had like a totally different version. Really poppy and upbeat. We played it for Alex and he said: “It sounds like a Kelly Clarkson song!”. (laughs) So it became this masculine song. NBA picked it up! It’s very aggressive! It’s good work out music.

SAM: Also a late addition to the album. It’s a song about sticking together. That’s a very important thing for us as band. This whole music thing is about endurance. If you can’t stick it out through the good times and the bad, and there’s a lot of bad, you’re not gonna make it.

ADAM: It started with a beat that Casey, Noah and I made and Sam had a chorus.

SAM: I wrote it for a different song, but it wasn’t going anywhere and I had that chorus for “Superpower” which was just not good at all, so I put this on top of it. Also I love superheroes! Another aggressive song. That’s my favourite one.

SAM: I recorded that one in the van. If you listen very closely, you can hear sounds of things bumping around. Then we went to the studio and had this gospel choir from L.A. singing with us. That was really cool!

SAM: It was actually a song used for the Beats by Dre campaign for the world cup two years ago. That song was a pretty big one for us back then. Another collaboration with Jamie N Commons! I originally wrote with Jamie in mind to sing it, but then my voice sounded better on this according to Alex, so it became our song.

GOOD NEWS ON THE REMIX (INTERLUDE)

SAM: Alex face timed me one day and he was like: “Hey, we got Jay Z to do a remix of Jungle!”. He was filming me and I was freaking out. He kept asking me: “Why aren’t you crying? I want a video with you crying!”.

SAM: It started with a drum beat that Adam had and some saxophone that I recorded and it was such a cool groove. I worked on it for so fucking long and finally came up with the title. It wrote itself from there. It’s a song about feeling comfortable with yourself and your body image and being okay with whoever you are and whatever you look like.

SAM: That one is a compilation of a all. There’s even a clip in it of Adam’s Bar Mitzwa. He’s saying a Jewish prayer.