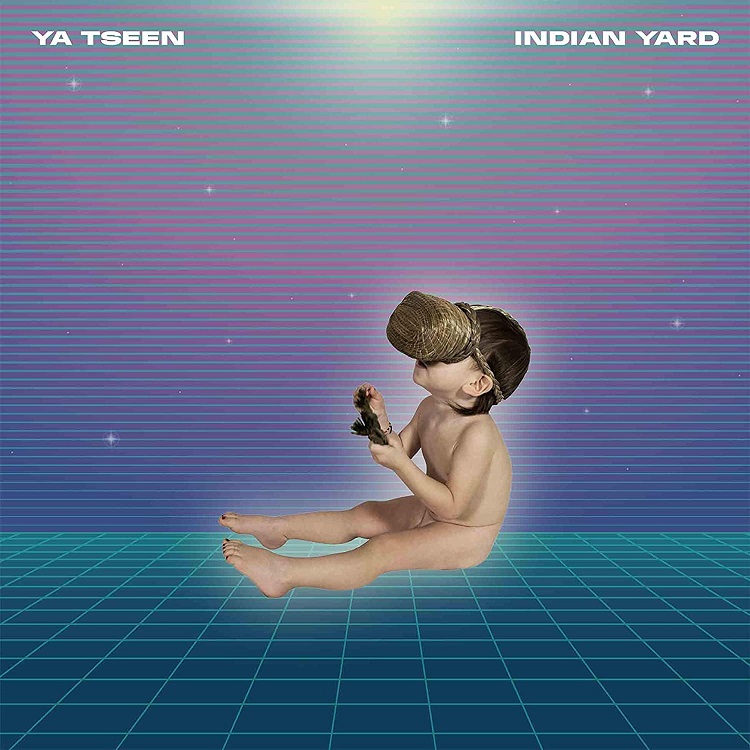 The foundation of this song came from a collection of ideas captured while I was in Lake Como, Italy. tunia flew up to my studio in Sitka, Alaska several times during the course of this record and this was one of the first songs we worked on, it transformed, live drums, and then Zaky D dropped in to sauce it with real guitar and bass. I was working in Italy with a very small portable studio so coming home to access more sounds, instruments and collaborators was the next move. Vocally, I vibed with the song that was being built and the lyrics took shape. A femme fatale love song, the softening of a calloused heart. Having John Gourley of Portugal. The Man as a guest vocalist on this track was a wonderful addition. It was a clear decision to make this the opening track to Indian Yard.

A synth heavy march forward-a non-televised revolution-a song about resistance from an Indigenous persons perspective. It’s a fight we continue to show up for daily, acknowledging that inaction does not bring change. This song’s foundation was built from analog drums and synth layers, it feels cinematic and big. The status quo has not been built to include our communities.

I had just picked up a Roland Space Echo RE- 201 from Japan, the first time I plugged it into my studio the foundation of this song was written. I sent the song to tunia, it was refined slowly over a period of time though the initial spark from the foundation of the song remained true, something difficult to keep if an idea is overworked. rum.gold adds so much here, I feel this track had an important part in the sequencing of songs on this record,Haley Deckle on background vocals gave it a final layer of warmth. A song about love, about loss and all the complexities that shape these relationships. My lyrics reference flowers (as children), land and false borders as scars, city lights as blinders washing away connection or starlight. Some might associate rain as negative and others may see it as a necessary cleanse.

Erik Blood, OCnotes, Qacung all flew into Sitka for a week to record some songs for this record. We had a good work flow, reworking some current ideas and starting new ones daily. This was the 2nd cut we recorded, OC told me to hit record and layed down what would be the chords and guitar for this song, everything else moved fast and easy, we had an early version of this song recorded and written in half a day. By evening the synth lines were captured. The moment and vibe that went into the foundation of this song proved to be irreplaceable. We sat with this song for probably a year, slight changes became too much and it would lose what it had so we left all the necessary parts. The final elements came in a creative burst with some important structural shifts, drum, and bass edits… Call your mother.

„Close the Distance“ reflects on the universal need for connection, and the expression of desire across distances. This extends beyond human experience to consider physical expressions of desire in biological, mechanical and celestial. Close this distance had two lives. Budo flew up for a weekend to hang and record some songs, the earliest form of this song came from those sessions. We had finished the record though I continued working on details of the album over distance with tunia. This incomplete song somehow entered back into my workflow and transformed, with the monster synth and hook we knew this one was going to have a home on the record. Seemingly simple lyrics, though the video Stephan Gray directed truy highlights the subtlety of this song’s concept and core.

WE JUST SIT AND SMILE HERE IN SILENCE

This was written while I was in Italy, on Lake Como working on a collaboration with Poet Adrian Matejka. I brought the song home to the studio and shared it with Zaky D, Jesse Hughey (Grey Waves) and Qacung. Jesse is a master at texture and subtlety, he had this bassline that stuck with me, the rest of the song unfolded. There is a balance in this song lyrically, it opens referencing loss, challenges and weather, this clears sonically and lyrically in the end with optimism. There is peace and pause in the title, a moment that needs no defining.

The alchemy that took place in the making of this song was special, the process like many of these tracks took many transformations to get to the album version. The earliest came from sessions in Italy. Moved it to the studio in Alaska then tracked drums with Iska Dhaaf in Seattle. Nate Quiroga recorded his vocals in New York and Nick Hakim sauced us with the Melotron and vocals in Texas.

I was in my studio writing the beginnings of what would become this track. While on a break I saw some live feed footage Otis took while he was out on CHOP. The world was burning, the world was watching, Covid times. I sampled Otis and then sent a version to tunia, then to Ish and Stas. Anytime you get Ish and Stas on a track it’s gonna be special. Mixed by Erik Blood.

GENTLY TO THE SUN

The foundation of this track was written and recorded with the Roland Space Echo and Moog Subharmonicon, at the time a strange unreleased synth. Pulitzer prize finalist Adrian Matejka was in Italy collaborating with me on a project, he wrote this intro (which is performed on the track by Tay Sean), add some lofi live drums and Zaky D on the guitar, it’s a sonic march through space and time.

BACK IN THAT TIME

A combination of analog synth drums and compressed live drums. This song was one of the first to take what would be near final form. It was nearly an instrumental, but Qacung was in town and came through the studio on his lunch break. I played him a version of this song for the first time, I hit record and we landed here. He is singing in his Yupik language. This was mixed by the legendary Steve Fisk!