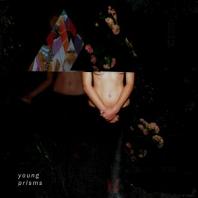 This song was written in one session with no proper chord structure or form. Entirely composed of drones and effects loops layered with lyrics about the loss of friends and temporary relationships. It’s a bit of a pessimistic piece.

IF YOU WANT TO

Based on peer pressure and „overly convincing“ friends. If you want to…

This one’s a bit more about fantasy. It’s based on a daydream where I murder my girlfriend. It’s the only song on the record that utilizes noise as a chorus.

Eleni is a greek woman’s name. A friend of ours spent a good amount of time in the Greek islands were he met and fell for a woman named Eleni, losing her at the end of his stay. It tore him up for a while really altering his state of mind. He wasn’t himself after dealing with loss of love for the first time on such an extreme scale. This song was written for him.

This was the last song written in our „roach infested“ apartment. Matt, Jordan and I put the ideas for this together in one rainy San Francisco night. Later recorded by James Barone (drummer of Tennis and Tjutjuna) in Denver.

This song is about vulnerability, wanting to be loved.

This is more of an acid anthem. Truthfully based on Matt’s acid trip (on American Independence Day, the 4th of July) with Brian Wakefield of Melted Toys.

I DON’T GET MUCH

This is where the idea that we’re slackers came from. „I don’t get much done anyway…“

This song was also written in the studio with Monte. It’s the only track on the LP that has organ and synth in it.