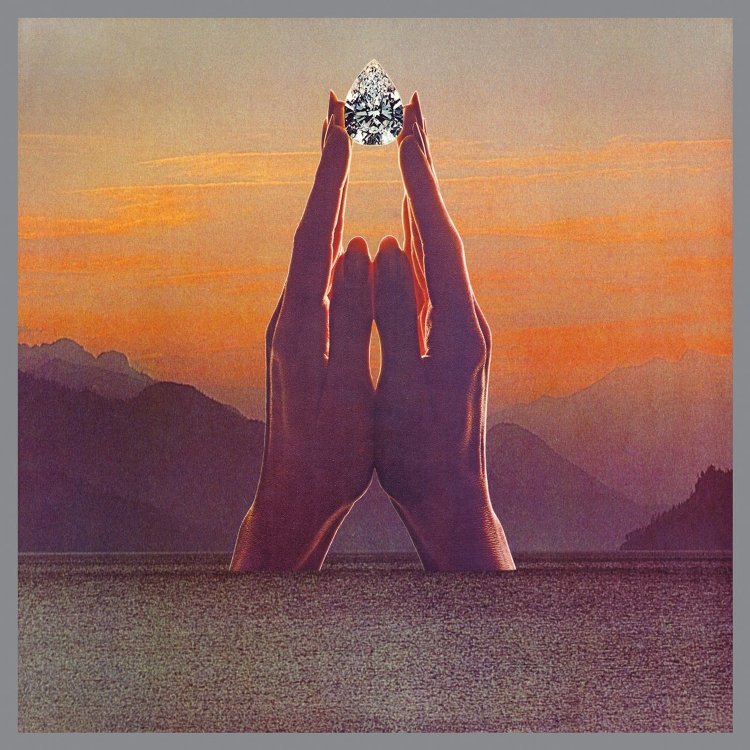 In an attempt to to stave of monotony and complacency with the arrangements, we chose to work out the music on paper and on computers, through conversation and reason. In the studio, the drummer would have an idea on structure and we would build it from there. Therefore, this record was one of our most engaging and inspiring recording projects we’ve ever been involved in. The artwork was done my roommate Jeremy Schmidt of the band Black Mountain. We took it further by pressing one of the best vinyl packages using techniques on manufacturing that were used in the 60’s such as tip-on gatefold sleeves and high gloss finish. A note about the most interesting things on the record: Every song features Moog Source, Diamond Vibrato, Fender Champ, Rickenbacker 330, Gibson Les Paul, Fender P-Bass, Roland Juno, 60’s Ludwig Drums. Another note: We recorded this on an island with every member present at all times. After we had tracked, we sent the record off to our mixing engineer Tony Hoffer who is known for his work with Beck, Air and Depeche Mode.

Everyone is lost and confused all the time. Anyone who tells you otherwise is just a good liar. And, no one is ever equally in love. But that’s ok.

A song about infatuation, but maybe love. Another song about loathing and loneliness in the end.

I made a pretty grievous error in judgement and moved to Toronto from Vancouver unprepared and as a result, failed and had to move back in with my mother for a few months until I got back on my feet. I wrote this song in her basement dreaming I was living a sordid, dingy romantic fantasy in the lower east side of NYC. Even in my fantasies girls won’t sleep with me.

I WANNA BE YOUR MAN

It’s beginning to look like our entire record is about failed attempts at attracting girls. Not so. However, that’s exactly what this song is about.

A song about missing one of my best friends in the world. A platonic relationship to be sure. She helped my cope with the loss of my dad and a devastating breakup.

YOU BROKE THE LAW

Looks like side b isn’t about the girl anymore. This song is about my high school best friend who inspired me to get arrested several times. He ended up serving time for arson. Good guy tho.

This of Patrick Bateman.

This song is about being away from my favourite people in the world, and having a fantasy relationship with the pop singer Rihanna using her lyrics.

This song is about a ghost succubus living in the static waves of my television set. She still haunts me.