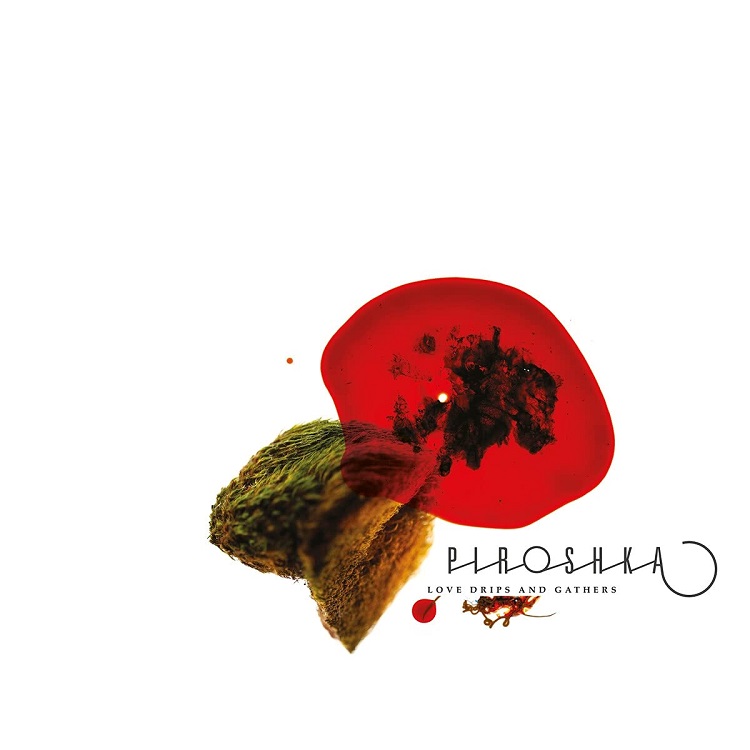 Moose was aiming for the feel of a tone poem for the front section of this song – sparse and otherworldly – before resolving into a more familiar strong structure. I had quite a tricky job trying to find harmonising notes that kept that spacey feel, and Justin also experimented with percussion in an effort to keep the rhythm but avoid crowding out the delicate elements. We got our old mate Terry Edwards in (he featured on our previous album, „Brickbat“) who opted for a flugelhorn to add a mournful edge with the brass. Whereas with our previous album, „Brickbat“, we kept the songs compact and punchy, this time we were aiming for a more meandering and epic feel, where instrumental sections can develop and breathe.

The start point was very simple, almost like a children’s lullaby that you could sing with no musical accompaniment. We didn’t want to lose that quality, so the musical accompaniment is restrained, and there to add atmosphere, although I went to town a bit in adding the orchestral elements – cello, bassoon and oboe notes – in the middle instrumental section. Unlike „Brickbat“, which set out to capture the energy of the band playing live, these songs were built in the studio and the aim was to keep a sense of space and atmosphere.

SCRATCHING AT THE LID

Having said that, this song is the most live band-like. Moose wrote the song with a machine-like beat in mind, driven by the bass and drums, then interspersed with looser, expressive rolls. Justin describes aiming for those fills to be a bit all over the place, almost like someone air-drumming along to the track! He also wanted a more open drum sound, so we recorded the backing at Hackney Road – a bigger studio than Iggy B’s Bella Union room. Moose already knew he wanted a long intro that would burst into life with the 60s Joe Meek cosmic organ-sound riff, so the segue in from the previous track was always part of the song.

I am not musically trained and often write by simply experimenting with a chord – changing the fingering here and there – and only later learning that it’s got a name like ‘diminished 7’ or ‘augmented 5th . It often leads to mistakes – some of which I actually rather like and keep! With Loveable, I just let the vocal wander where it went, so the song changes key and shifts about into major and minor chords. I demoed this track at home using Logic percussion sounds and this was mixed into Justin’s recorded bells/tambourine/bongos etc. Mick (who actually is properly musical, thank god) came up with a bassline that I found so moving it brought tears to my eyes, which seems ridiculous but he is an incredible bass player and I am also quite hormonal these days.

I wanted to get away from the more obvious pop-song structures of Brickbat and decided to write an instrumental. I started from a drum idea Justin had sent me, added some chords and harmonising ‘oohs’ and ‘ahhs’, then handed it over to the others to embellish the song with their input. Moose is a demon for finding interesting atonal notes and experimenting with pedals and effects, so a lot of the track’s shimmer is down to him, along with the groove-enhancing tremolo, and Mick’s basslines often change the entire mood of a song. V.O. took on a new life and I was suddenly being encouraged to write lyrics. The band were texting me with “Are you sure it’s an instrumental? I think you should have another listen!”.

This was another of the few tracks that required the band to play the song together, rather than just building it in the studio. It was particularly tricky getting the right feel for the Pearl& Dean-style bababa bridge sections. We were after a groove – like a mutant late-70s disco sound. I went a bit mad with this with the vocals – there are a ton of harmonies and little syncopating lines, and the bababas were a bloody nightmare to get right! Moose’s lyrics on this album feature a lot of reflections on family members – me, his daughter, his sister and his mother and father… but he gets cagey about revealing too much so you’ll just have to draw your own conclusions!

Probably the most Lush-like song on the album. I spent a lot of „Brickbat“ trying to deliberately break with my usual writing style but I am more comfortable now returning to my natural home ground! Even Justin said he put his ‘Lush head’ on to work out a drum part (“What would Chris have played?”). We chopped the structure about quite a bit – I really am quite rubbish at recognising what is the verse and what is the chorus, and had to be convinced to go with the song’s natural flow, so the middle section got broken up with an extra ‘chorus’ and we sped up the tempo from my original demo. All proof that I work best in collaboration than on my own!

This track had quite a long evolution – it started out with an idea from Mick, developed by Moose with some chords and then I recorded a vocal for the demo. Mick, Moose and Iggy then came up with lots of atmospheric keyboard and guitar sounds and ideas, including the ‘Mikitron’, which entailed me singing single notes for sampling. Moose and Mick are big fans of Steve Reich and struck on the idea of using the vocals to create a percussive effect. I realised after all this was done that I’d completely overlooked the song’s actual tempo – I think it is 12/8 rather than 4/4 – so I rerecorded the entire lead vocal with a click to guide me and it sounded WAY better!

This song was originally intended for „Brickbat“ and had developed from a track by Justin. It was one of the best songs we played live, but I really wasn’t happy with the vocal part I’d written, so we gave the track a complete overhaul. This gave Moose more room to experiment with combinations of pedals to create a variety of sounds that leap out like thunderbolts. It was a stroke of genius to segue from Familiar and add in the ‘Mikitron’ vocals – the added bonus being that I didn’t have to come up with a new vocal line. So much of this album required very restrained drums so it’s nice that Justin gets to go a bit mental at the end!